UK Businesses need to be aware of regulations which come into effect next month and which will require marketing companies to display their telephone number on caller ID.

From May 16th, direct marketing companies registered in the UK will need to display their phone numbers when making unsolicited calls, even if their call centres are based abroad. Currently, about 20% of direct marketing calls come from an anonymous or false number, with more than 14,000 complaints made about nuisance calls every month. Under the new regulations, direct marketing callers will have to provide a valid caller identity that shows up on phone displays when they ring. Companies that breach the rules on marketing calls will face fines of up to £500,000.

Whilst this is a welcome development, does it really go far enough? No, not at all. An unwanted marketing call is still unwanted, whether or not it comes with caller ID. Nobody but nobody wants marketing calls all evening asking them if they want double glazing, and the claim that people have consented to these calls by pointing to small print on page 17 of the terms and conditions of some vaguely-related transaction is vacuous. We also don't want unsolicited cold calls from "research" companies who claim that they are exempt from these regulations.

It also doesn't go far enough because it still backs down from requiring telephone service providers to implement Caller ID as a standard part of everyone's service. BT, the biggest telephony supplier in the UK charges £1.75 a month (£21 per year) to send the Caller ID information to the subscriber. But Caller ID is an international standard and a feature built into almost all phone handsets, and to call this an extra service is a sleight of hand on BT's part. BT does not incur any extra costs in providing caller ID, certainly not £21 worth of costs per year for the average domestic subscriber. It would be more correct for BT to say they will block your phone from receiving the Caller ID information unless you pay them an unlocking fee.

Even if you have Caller ID, can you trust it to be accurate? At present, no you cannot. There are some good reasons why people are allowed to "spoof" the Caller ID of another phone. For example, if you work in an office with many lines, each with their own number, you might want them all to report the main company number as the Caller ID. Unfortunately, the phone companies apparently do nothing to ensure people only spoof numbers that belong to them. Whilst writing this issue, I received a call supposedly from Manchester which turned out to be a scammer claiming to be the "Accident Centre Helpline". It was clearly coming from outside the UK, and the telephony provider must know this, but not only did Caller ID fail to indicate this in any way, but it also allowed the scammer to use the number of a Manchester college which is damaging for college's reputation.

So imposing a little more regulation on UK marketing companies is a small step in the right direction, but MPs really need to bite the bullet and go the whole mile. 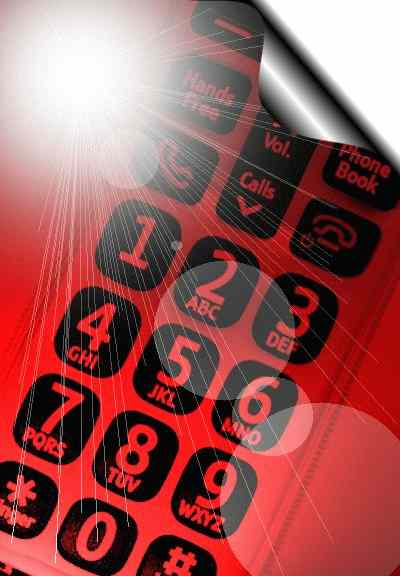