Kirk Kjellberg from Minnesota startled a seven year old when he went into his local restaurant wearing his sidearm. Realising the distress he had caused, Kjellberg thought there has "just got to be something better to do than this".

Americans cling to their right to carry deadly weapons even though this makes it easier for perpetrators of crime to obtain and carry them too. When Kjellberg walked into the restaurant carrying a sidearm, the frightened seven year old ran to his mother shouting "Mommy, mommy, that man's got a gun", and then, Kjellberg said, "the whole restaurant, of course, turns and stares at you, and I thought there's just got to be something better to do than this".

Yes, in a rational world, the better thing to do is to not carry a gun into a restaurant, but this is America. Kjellberg went away and designed a gun which looks like a mobile phone, so that it doesn't scare the kids. The plastic casing of the phone folds down at right angles to form a pistol grip revealing the metal interior of the phone which is a double-barrelled gun capable of firing two 0.38 calibre rounds.

Kjellberg has gone into production with his design which is marketed as "The Ideal Conceal" gun and will cost $395 when it becomes available in October. He has already had more than 4,000 advance orders. His website sports the tagline "Because the right of self-defense is the first law of nature".

Terrorism continues to dominate US headlines and much of its policy, but in 2015 in the USA, there were more than 50,000 gun incidents, with 13,286 gun fatalities from homicide, suicide and accidents. That's an average of of 36 deaths per day, with 756 of those being under the age of 18. The deaths per capita from guns in the USA is approximately 30 times higher than in the UK. 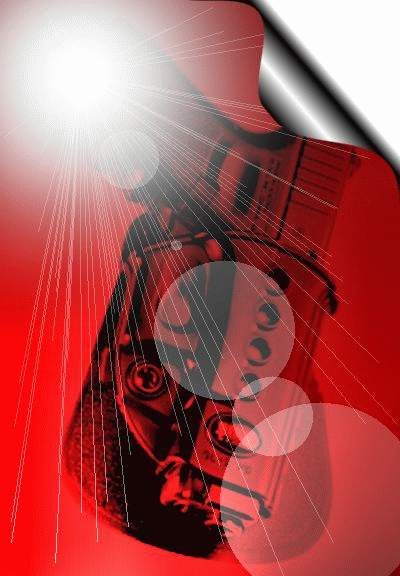