The Daleks are coming

China has developed an intelligent autonomous security and service robot, the AnBot, which was unveiled at the Chongqing Hi-Tech Fair in April. To some the bodywork looks like it was inspired by a vacuum cleaner, others say it looks the shell of a Russian doll, but most have dubbed it a Dalek.

According to China's national newspaper, The People's Daily, the AnBot was developed by the National Defense University, and includes low-cost autonomous navigation and intelligent video analysis. The AnBot will, it says, play an important role in enhancing the country's anti-terrorism and anti-riot measures.

Standing at around 1.5m tall (just like a Dalek), the AnBot is able to autonomously patrol the streets, avoiding obstacles, and has an SOS button which citizens can use to summon help. In normal operation it patrols at a leisurely 1 kilometer per hour and carries enough batteries to easily work an hour shift. However, it can also give chase at an impressive 18 kph (elite marathon runners run at 19kph), and unlike us humans, the AnBot doesn't get tired when chasing. However, just like the Doctor's arch enemy, AnBot is thwarted by a flight of stairs.

Somewhat troublingly, the AnBot also contains weaponry, an electrically-charged riot control tool. The makers say AnBot is tasked to protect and service humans, but People's Daily reports that Anbot will "play an important role in enhancing the country's anti-terrorism and anti-riot measures". 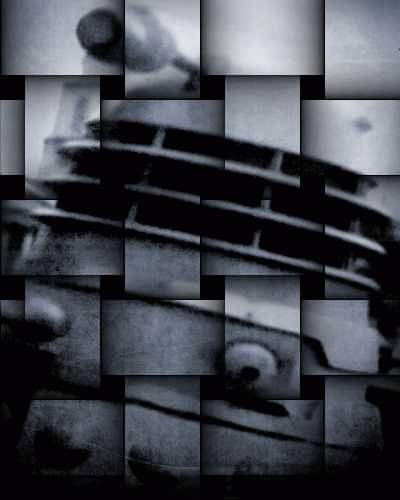