Computers and the capacity to process tons of data has revolutionised the science of weather forecasting. Most of us only see the front end of all that work, the TV weather forecaster who has about thirty seconds to present the results of a day's number crunching.

First established in 1854, the Met Office does far more than provide the brief outlook summary used by TV, radio and newspapers. It also provides the Shipping Forecast, which is so important to an island nation, the Flood Warning service, the National Severe Weather Warning service, and the Air Quality reports which warn of high pollen levels and other potential irritants and pollutants. It is one of only two World Area Forecast Centres, (the other being Kansas), which produces global weather reports used by airlines to route long haul flights, and also operates the Volcanic Ash Advisory Centre which is also crucial to the aviation industry.

Modern weather forecasting relies heavily on complex data processing, and since it installed the Ferranti Mercury computer in 1959, a machine capable of the then massive 3,000 calculations per second, the Met Office has always been at the forefront of powerhouse computing. In 2015, it installed one of the world's most powerful supercomputers, a Cray XC40 which is capable of 16 quadrillion calculations per second. The Met Office also runs an impressive front end website where you can find hour by hour forecasts of local weather throughout the UK, and unlike so many other websites nowadays, it is reasonably fast, well focused, simple and straight-forward, and it doesn't require pointless registration or plaster the site with adverts or pop-ups.

But still, most people, when they hear the words "weather forecast" will think of the short slot at the end of the news. Recently, on just such a broadcast on Iowa's KCCI channel, presented by Metinka Slater, Windows 10 decided to gate-crash the transmission:

When TV programmes rely so heavily on computers, it is inevitable that glitches happen, and it can be entertaining to see how the presenter handles them. In this video clip from January, Fox's Cory McCloskey doesn't miss a beat when the temperatures on the chart were not quite what he expected.

But sometimes, all the modern technology in the world counts for little if the cameraman forgets to lock the tripod. In this clip from 2013, weather presenter Lisa Hidalgo on Denver's 7NEWS brings a whole new meaning to thinking on your feet when there is an equipment malfunction. 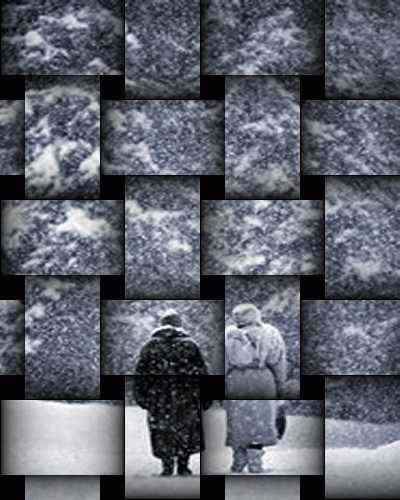