Microsoft is seemingly relentless in its efforts to get the Windows 10 upgrade onto any PC capable of running it, a move which many users have said is unwelcome.

The Windows 10 free upgrade ends on July 29th, exactly one year after Windows 10 was released, so if you have a Windows 7 or 8 PC and want to take advantage of the free upgrade, you need to act now. After that it will cost you £100 for the Home edition, and almost twice that for the Pro version.

Of course, not everyone wants to upgrade. People using Windows 7 who have not updated so far are likely very satisfied with their existing GUI and are resisting the upgrade. Windows 7 will continue to be supported by Microsoft until 2020 so there is no pressing need to update. Another reason for avoiding the upgrade might be concerns over drivers for hardware. There are reports that users of Samsung PCs are still struggling with driver issues which are affecting their use of wifi cards.

Since the introduction of the Windows 10 upgrade program, there have been cases of people who had automatic updates enabled in their Windows 7 settings who turned on their PC one morning to find it had automatically updated itself to Windows 10. Having that change thrust upon you would be disruptive to say the least. One Californian businesswoman, Teri Goldstein, who manages a travel agency in San Francisco, had this experience and decided to fight back.

Goldstein says the automatic upgrade in August 2015 made her machine almost unusable, that it frequently crashed, and would not recognise her external hard drive. Her busiest sales period is September to December and she relies on her PC to run her business. During this period she feels she lost around $17,000 worth of business due to PC problems, had to buy a new laptop as an interim measure, and later a new desktop PC to replace the one which had been rendered useless by the "upgrade". Goldstein said she made countless calls to Microsoft's technical support, visited a local Microsoft retail store, and spent hours scouring support forums.

Microsoft eventually offered her $150 compensation and told her not to call again. Instead, Goldstein took them to the California Small Claims Court where she claimed the maximum amount of $10,000 in damages. Interestingly, although the small claims court limited the amount she could claim, she chose that route because of the significantly lower legal costs. The Small Claims Court aims to put both parties on an equal legal footing and does not allow the use of lawyers. This meant Microsoft could not send its army of corporate lawyers to the hearing and was instead represented by an employee of its local retail store. Goldstein won her case and was awarded the full $10,000. She now urges other disgruntled customers to do the same.

Unfortunately, not all disgruntled customers are in a position to take Microsoft to a US small claims court.

The Chinko Project is based in the Central African Republic (CAR), and its mission is to sustainably manage 17,600 square kilometers of nature reserve in the heart of Africa. "What is that compared to Wales?" I hear you ask. Wales is slightly bigger at 20,800 square kilometers. Managing the reserve, which is a mixture of wooded savannah and lowland Rain forest is rather more challenging than managing a National Trust reserve in the UK, and the threats that Chinko has to deal with includes armed herdsmen from neighboring Sudan who bring in herds of thousands of grazing cattle, and ivory poachers who threaten the remaining small group of forest elephants.

So what does Chinko have to do with Windows 10 upgrades? The team does not have many resources, and its communications and internet connectivity uses expensive radio and satellite links. Most of its computer stock consists of donated Windows 7 and 8 laptops, and when one of these laptops quietly downloaded the massive Windows 10 upgrade, it very quickly ran up a hefty bandwidth bill. It could have been worse though. If the upgrade had swamped or crashed the comms systems while the organisation was trying to coordinate a response to an armed incursion, the lives of rangers could have been put at risk.

Did you know...
The Central African Republic is located in the francophone region of Africa, and is a landlocked country which lies between Chad, Sudan, South Sudan, Congo, The Democratic Republic of Congo (formerly Zaire), and Cameroon. It has a population of less than five million and is one of the ten poorest countries in the world. This video clip shows CAR music star Idylle Mamba. 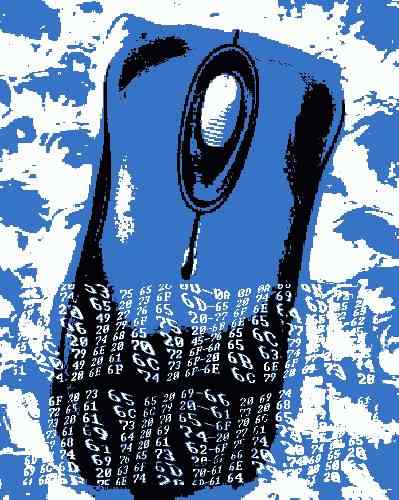