Wake me up before you Go Go

Last month I mentioned that Pokemon Go was possibly the first computer game which required the players to get into that big wild world out there in order to play it. Perhaps I was premature in reaching that conclusion.

Released at the start of July, Pokemon Go is already claiming around 10 million daily users, but panic struck the Pokemon community when an upgrade, issued at the end of July, apparently wiped out three weeks worth of monster hunting for many users, and reset them back to level zero. Distressed players took to Twitter using words like tragedy, devastated, furious, posting complaints such as "That's 19 days of my life wasted". One tweet reads: I lost everything,... *actually crying*.

It turns out though it was just a minor glitch, and all people had to do was log out and log back in again, and they would discover their menagerie was intact. That must have come as a relief to Totonto's Roberto Vasquez who has caught all 142 species and is being proclaimed the North American Pokemon Champion. Asked what the appeal of the game is, he said "If you watch the TV show, you always want to be the Pokemon Master and that reality came true".

If you are addicted to Pokemon, make sure you have a good mobile plan. Japan's gymnast, Kohei Uchimura, took the opportunity of the Olympics to hunt for Pokemon around the city of Rio, forgetting that his plan involved data roaming charges. He was devastated when he discovered he'd racked up a £3,700 phone bill. Luckily, his phone company relented and reduced the charge to the capped rate of £22. Of course, it probably helped that he is a gymanstics superstar and came back from Brazil with two gold medals.

If you want to avoid the sore feet and roaming charges, there are ways to play Pokemon from the comfort of your armchair. A program called Necrobot lets you fake your phone's GPS coordinates, allowing you to virtually visit anywhere in the world on a monster hunt without all the effort of actually going there. But even if you capture the monsters, how can you exercise and mature them, a process which also involves your phone thinking you are moving, but no faster than walking speed? Have no fear. With MyGoBot you can spoof your GPS so you are apparently walking round a city centre or, perhaps, trekking the Penine Way. This way you can spend an entire evening exercising your herd whilst you watch a movie, guzzle a pizza, burn off the virtual calories, and in no time at all you too can become a Pokemon Master.

Now you might wonder what the point of that is? Why install a game on your phone, and then install other software to play it for you? Indeed, you could also ask what the point of virtual creatures is at all, when we already live in a world teeming with wild animals? iNaturalist.org produces an app which lets you use your mobile phone to log the real-world animals and plants you find, it helps you identify some of the more exotic species, and lets you share photos and sightings with the iNaturalist community. It also serves an incredibly useful purpose for science. The collective data of the many participants provides thousands of observations for the distribution of species which will make it possible to better understand migration, keep track of endangered species, and sometimes discover new ones. 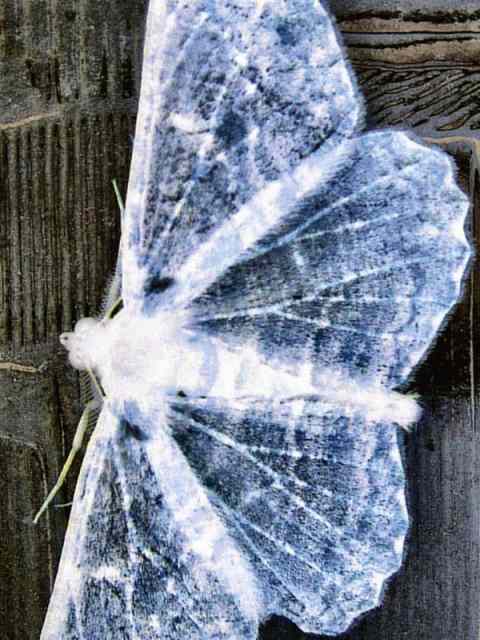