On Star Trek, nanites were used to turn humans into mankind's arch enemy, The Borg, whilst on Stargate, nanobots assembled themselves into spider-like Replicators intent on consuming the universe. So all in all, biotechnology gets a pretty bad press in fiction, but what about medical applications in the real world?

GlaxoSmithKline (GSK) and Alphabet Inc (aka Google) are partnering to form a new organisation, Galvani Bioelectronics, with the aim of developing and commercialising bioelectronic medicine. Galvani will be funded initially to the tune of £540m over the next seven years, and in a welcome vote of confidence for a post-Brexit Britain, it will be headquartered at GSK's R&D Facility in Stevenage.

One of the projects Galvani will tackle will be the development of miniaturised, implantable devices that can monitor nerve signals in the body. The human body contains billions of neurons that use electrical pulses to trigger specific organic functions. GSK believes that faulty or irregular impulses which occur in many chronic illnesses such as arthritis, diabetes and asthma can be monitored and corrected. To do this, GSK will develop devices so small that they can be attached to individual nerves in the body. With current technology, the device is likely to be about the same size as a small pill and would be implanted using keyhole surgery. A major issue is how to power the device, but if that problem can be solved, the devices could function for many years inside the body, doing away with the need for daily medication.

Galvani's seven year roadmap is aimed at having systems submitted for regulatory approval by 2023. Initially it will work to establish clinical proof of concept in inflammatory, metabolic and endocrine disorders, and specifically it will work on devices to tackle type 2 diabetes. According to the World Health Organisation (WHO), diabetes now affects over 400 million people world wide, and it is costing us more than $200bn per year to treat it.

Alphabet Inc has also partnered with the Swiss pharmaceutical company, Novartis, to develop the smart contact lens, also aimed at diabetes-sufferers. Currently, people affected by diabetes need to take daily blood sugar measurements using finger-prick blood samples. The smart lens will make this redundant as it will contain an embedded glucose sensor which continuously monitors sugar levels in the tears of the eye, providing better protection and improved quality of life for the patient. Surprisingly, the difficulty here is not so much the problem of packaging all the technology into a contact lens, but rather the understanding of the biochemistry of tears and how it relates to blood sugar levels. Other companies are also working on glucose-sensing smart lenses and are also looking at ways for the lens to administer medication automatically. 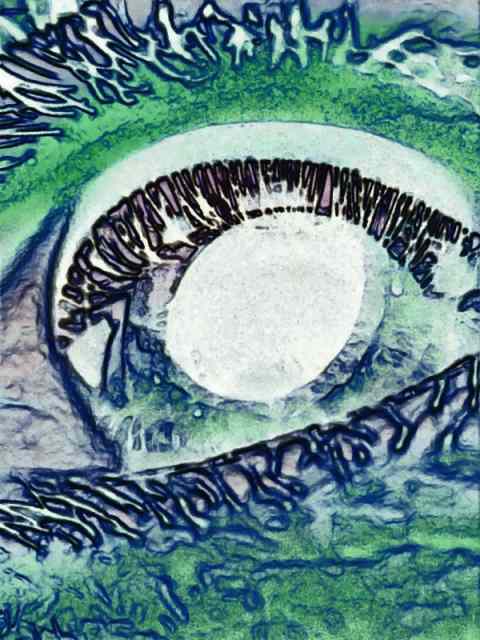