The use of body-worn cameras by the police in London and Manchester has been successful and well planned, but now councils are getting in on the act.

The initial rollout last year of body worn video cameras (BWV) by the police has proved a great success in London and Manchester, and the technology is now being deployed to more forces across the country. As well as being useful for evidential purposes, some forces have also found novel educational uses. For example, Durham police say that when someone has spent the night in the cells for being drunken and disorderly, showing them video footage of their behaviour the following morning often has a sobering effect and helps them remember what they were getting up to.

However, there have been criticisms. In November, at Argoed, South Wales, during an assault, an officer used his taser on a man who subsequently died and the coroner heard that no video evidence was available because, in the heat of the moment, the officer had forgotten to turn on his video camera. In his defence, the PC said that he had only been issued with the camera three days earlier and had not yet got used to using it. In the USA, where police are routinely armed, the same concern arises, and the camera makers are now developing smart holsters which will automatically start the camera recording whenever the firearm or taser is drawn.

Generally, the roll out of BWV to the police forces has met with relatively little concern from the public, and a large part of this is surely that the police held public consultations, controlled trials, and set out the objectives and expected benefits. They have clear rules for the use of video, such as saying when cameras can and cannot be used, the protocol of informing members of the public that the interaction is being recorded, and providing training in the use of the equipment. The police rules require footage to be held for no longer than 31 days unless it is part of an ongoing inquiry, as well as strict prohibitions on passing on recordings to third parties etc.

Compare that with councils across the UK. According to figures published by Big Brother Watch, more than half of the UK’s local authorities are now using BWV, and applications include collecting evidence of littering, recording incorrect parking, or recycling transgressions. Only a third of the authorities have considered the privacy impact on the public, and two thirds are not sure if any Privacy Impact Assessment was ever carried out. There is no consistency amongst local authorities on how long video footage is held for. Many councils have policies similar to the police forces, storing the data for no longer than 31 days unless required for evidential purposes but 20% of them retain for longer, with half a dozen retaining data for six months or more, and another half dozen retaining data for a year or more.

Cheshire West, for example, has 38 cameras in use (cost £23,500) which are used by Civil Enforcement Officers for parking offences, and by Environmental Crime Officers issuing fixed penalty notices for littering and smoking offences. The data is held for 31 days unless needed for further court actions or complaint investigations, and the data is held on secure computers with restricted access. This seems quite reasonable.

Other councils are less clear on data retention policies, and at the extreme end there are councils such as Aberdeenshire which has nine cameras in use, (cost £7,800). Its stated policy for data retention could not be more vague: "Five years or otherwise as the circumstances may determine". 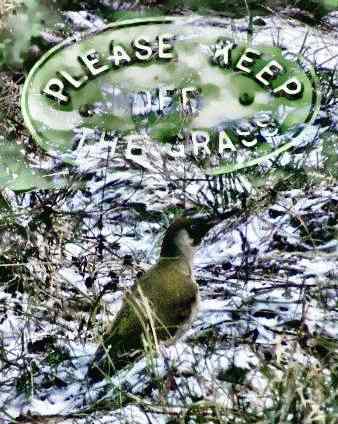