Governments might be on a mission to erode privacy by legislation, but Internet Of Things (IOT) companies seem to be doing a pretty good job at eroding privacy from the bottom up.

Long gone are the days when a teddy bear was merely a stuffed toy and it was a child's imagination which brought it to life. 21st century cuddly toys come packed with electronics and sensors, speakers and microphones so that the toys can interact with their young owners.

One such company making interactive toys is CloudPets, which has recently come under fire for its lack of security awareness. Security researcher Lucasz Olejnik has discovered that anyone within bluetooth range can detect and link up to the toy via a mobile phone and change its internal settings, without any need for passwords or physical access to the device at all. Although bluetooth is short range, it is still powerful enough for a neighbour or someone standing outside your house to connect to the toy and use it as an eavesdropping device.

This video shows a researcher demonstrating how to remotely turn a modern cuddly toy into an insane dalek.

Cuddly toys are not the only spy in the bedroom. In America, the Standard Innovation Corporation is in hot water after it was revealed that its We-Vibe sex toy, controlled by an app on the mobile phone, was collecting user data such as how often it was used and where, the duration, and the intensity settings employed, and relaying that information back to a database where it was stored alongside the customer's contact details and email addresses. SIC has now agreed to destroy all the data and set up a $3m compensation fund for affected customers.

You are no longer safe from the Internet of Things when locked in the bathroom. The smart toothbrush is old in the tooth by technology standards, having been around for over three years. The typical smart brush can record how often and for how long you are brushing your teeth and relay that information to your smart phone. There are a number of IoT enabled toothbrushes on the market and a frequent feature of them, especially in the USA, is that owners are able to submit brushing data to their dentists and healthcare insurance companies, to obtain lower premiums if they brush correctly.

That video from three years ago makes a joking reference to smart toilet paper, which has proved eerily accurate. For $60, you can now get RollScout, a smart toilet roll holder which monitors how many sheets you are using and sends you an email when the roll is empty.

In China, they've taken the technology even further. In an effort to combat theft of toilet paper, the public toilet in Tiantan Park, Beijing, a major tourist site, now conducts a facial scan of its customers and dispenses one 60cm serving of paper to each customer. Should you require a second helping of paper, you have to wait for nine minutes before you are wiped from the system. 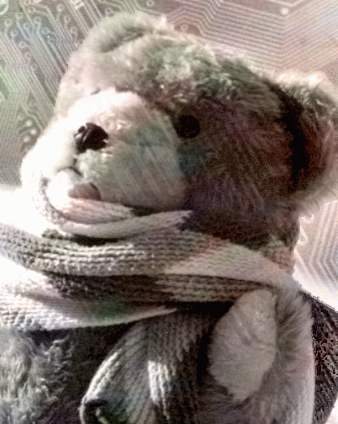