Researchers at Manchester Metropolitan University have said that kids are turning away from spray-can graffiti, and turning instead to Instagram and YouTube as a way to make a mark with their art.

Go back ten or fifteen years and you would probably be surprised at how common graffiti was, and in particular, the format known as "tagging", where the offender would spray-paint their mark or logotype onto every possible surface, including the insides and outsides of most London Underground trains, and in one sad case, a tagger decided to leave his mark in bold letters on the front of a funeral home in Bristol. Taggers won brownie points with their peers for painting their marks on seemingly impossible high-visibility places like a bridge over a railway line. Thankfully, tagging is dying out. Its not just that kids are more mature these days, but that we also have much more CCTV, so it is much harder for the tagger to get away with it.

The mysterious Banksy has also been responsible for a generational shift in the UK, with his name associated with a rise in quality of street-corner art, so much so that some councils now positively encourage graffiti in designated places in housing estates, where people can create elaborate murals without fear of prosecution. By legitimising it, they have made it less attractive to the graffiti rebels, and the result is some fantastically colourful art-works, although sadly these artworks themselves tend to get defaced by the low-brow graffiti artists who feel compelled to add their own tags and crudely drawn penises.

The biggest cause of decline though has surely been the internet. Spray painting graffiti on a wall means you need to go out and get some cans of paint, whereas internet graffiti just needs a smart phone which pretty well every teenager has these days. Street graffiti is stressful and there is a real risk of getting caught, but putting a caption to a picture and posting it to Twitter is nowadays called a "meme" and is cool. Street graffiti means you have to persuade your friends have to leave to house to go to the graffiti, but with the modern replacement, you can send the artwork to them.

Annoying as graffiti is, you can't help but smile at some of the cleverer examples, such as "Shergar, phone home", "Jesus Saves,... at the Woolwich", and the slightly surreal "Eat the rich". Celebrities make it into graffiti, such as the tongue-twisting "Ken Dodds Dads Dogs Dead" and the strangely thought provoking "Nicholas Parsons is the neo-opiate of the people". One of my favourites has to be "Your karma has just run over my dogma".

Graffiti isn't just a twentieth century pastime and samples are of great interest to historians and archeologists because they are a true insight into the lives of the people of the era. In the ruins of Pompei, one piece of ancient graffiti reads "Sum tua aeris assibus II", which roughly means "I'm yours for the price of a bottle of wine", and another example to be found is a drawing of a man with a nose replaced by a crudely-drawn penis. 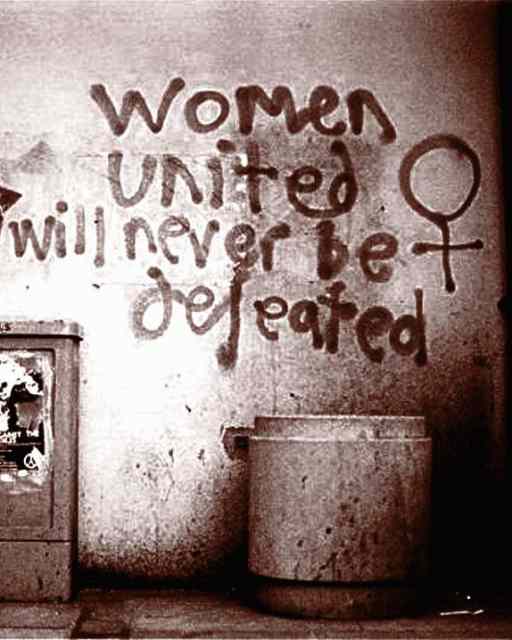