Sixty years ago this month, the Everly Brothers were topping the charts with "All I have to do is dream", about the same time as artificial intelligence (AI) dipped its toes in the scientific water. American scientist and Nobel Prize winner, Herbert A Simon, boldly claimed back then that "within twenty years, machines would be capable of doing any work a man can do".

Sixty years on, the Future Of Humanity Institute, which is a research group based at Oxford University, has surveyed 350 experts in AI, asking them what they thought the future held. The results indicate the AI community thinks there is a 50% chance that machines will outperform humans in all tasks in 45 years, and that all human jobs will be automated in 120 years. When asked when AI will achieve high level intelligence equal to or better than humans in everyday tasks, researchers from Asia predict, on average, 30 years, whilst at the opposite end of the prediction scale, researchers from the USA predict 75 years.

One example of computer development is seen in the ability of computers to play games such as chess and most of us mere humans will be beaten every time by even a modest computer these days. AI researchers think that computers will be better than humans at playing poker and Angry Birds within a decade. The question this fails to address though is why would people want to play chess or poker against a high-powered computer, a machine which has no understanding of why it follows the program, no sense of achievement when it wins, no reaction to an unexpected move on your part?

For creative tasks, the consensus from AI researchers is that machines will be able to write a high school essay by 2026. That's just ten years from now, and again, I have to ask why? Writing the essay isn't for the benefit of the teacher. The point of writing the essay is to teach the student how to collect facts, evaluate them, assemble them into a rational argument, and perhaps even develop new insights and theories. I have no doubt that machines are capable of taking a subject and using a statistical method to select sound bites and statistics from wikipedia et al, assemble the data using English linguistic rules, and achieve a perfect A for essay writing,... but what is the point?

Other creativity predictions are that AI will be able to create a top 40 pop song by 2028, and write a New York Times Best Seller by 2049, but I would argue that is not an example of creativity. AI creates a pop song by analysing thousands of human-created songs to work out the subtle subliminal patterns that most often occur in successful and unsuccessful songs, and then mimic that, rehash the themes, cherry-pick the ideas, and mash together something different. But surely that is being industrious, not creative.

Creativity is about thinking outside of the box, not taking the average from within it. Sixty years ago, the Everly Brothers and Elvis were the gold standards on the pop music scene. Few would have predicted that just ten years later, 1967, the Beatles would be topping the charts, the Rolling Stones would be hot property, and the likes of Pink Floyd and David Bowie were emerging. Even fewer could have predicted that just ten years after that, July 1977, that the new wave of punk and the Sex Pistols would be taking over the airwaves with God Save The Queen. That's the creativity effect that humans bring to the party.

No doubt someone will sooner or later release a record which was composed purely by PC, and people will fall over themselves to say how cool it is, but hopefully it will be a one-hit wonder. Maybe I am a luddite but my nightmare scenario is that record companies will load all their back catalogues into AI programs and manufacture 30,000 equally bland new tracks per week, almost indistinguishable clones, whilst congratulating themselves on finally getting rid of those pesky musicians demanding royalties all the time.

I am hopeful though, that this nightmare scenario will not come to pass, and I base this hope on the experience of the art world. Composing pictures is rather easier than composing words and music. Computers have easy access to millions of photographs, artworks, and graphic designs, and surely a computer can use AI and that mass of data to create modern day masterpieces.

So where are they? Why don't we have art galleries in every town and city packed full of AI-generated artwork, along with queues of people wanting to see them, and to drool over them? There may be one or two computer pictures somewhere, which people come to look at for its novelty value, much like we all feel compelled to look at a picture painted by an elephant, or a selfie taken by a monkey, but art is about much more than the statistical arrangement of blobs of paint on paper.

Ten years ago this month, Rhianna topped the charts with "Umbrella". Other people have done their own artistic interpretations of the song, and one of the most interesting is a version by the German band, The Baseballs, which was a hit in many of the northern European countries. The Baseball's version is set in the retro style of 1950s rock and roll. The 1950s? That's the time that AI experts first started predicting that us humans would soon be obsolete. 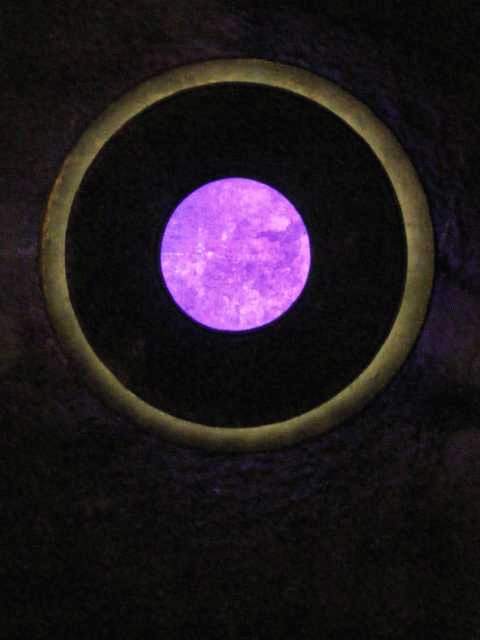