Going bananas in the US court

The monkey selfie case has raised its head again. A photograph of Naruto, a grinning macaque monkey taken by British photographer and conservationist David Slater, was described by some as a monkey selfie. In 2014 it hit the headlines when Wikipedia used it without paying royalties because they argued it was public domain, whilst others claimed copyright belonged to the monkey.

In 2011, David Slater flew to Indonesia at his own expense, set up his cameras, composed and engineered the shot, processed the image, included it in his book of nature photography, and licensed it via a photography agency.

In any sane world, the copyright of the photo belongs to photographer David Slater, but detractors argue that the copyright belongs to the monkey, since the animal triggered the remote on the camera, (a technique often used by wildlife photographers). Many news reports claim that the monkey accidentally took the photo of itself when playing with Slater's camera but Slater says that was never the case. Indeed, the Slater photos are much too well framed and blur-free to be happy hand-held accidents. Nevertheless, some people don't let the facts get in the way of a good story. Wikipedia took this further and argued that since an animal cannot hold copyright, the image must be in the public domain and anyone can use it for free.

In the USA, the animal rights organisation People for the Ethical Treatment of Animals (PETA) is of the opinion that the photo does have copyright, which should belong to Naruto, not the photographer, and decided to sue on Naruto's behalf. They lost, appealed, and this month the case reached the US Court of Appeals in California.

The three appeal court judges were clearly not impressed by PETA's arguments. They first asked PETA's counsel to explain why PETA felt it had any right to represent Naruto in court, since they were not appointed by the monkey, not related to him, and had no significant relationship with him. Next they asked what injury Naruto had suffered, since "the Indonesian monkey has no way to hold money, can suffer no losses to his reputation, and there's not even an allegation that copyright could have benefited Naruto".

The hearing then became even more surreal when a discussion ensued about whether Naruto's many offspring can inherit copyright, and can a monkey have a legal spouse, and hence a widow with inheritance rights? Is Naruto legally obliged to write to all the other monkeys who are captured in the shots who could also claim an interest? And how would a monkey be able to grant license for use of his intellectual property? It turned out that even the identity of the monkey in the photograph is in doubt.

If the well-funded PETA wins the case, it naturally expects to administer the substantial royalties fund on behalf of the animal kingdom. That outcome is unlikely, but the case is placing a burden on one photographer and could have implications for many others. Slater has told the British press that he could not attend the hearing because he cannot afford the air fare, and cannot afford the legal fees of the US attorney who is representing him.

His one consolation is that his photo has raised awareness of the endangered black macaque monkeys and created some much-needed ecotourism to the area. 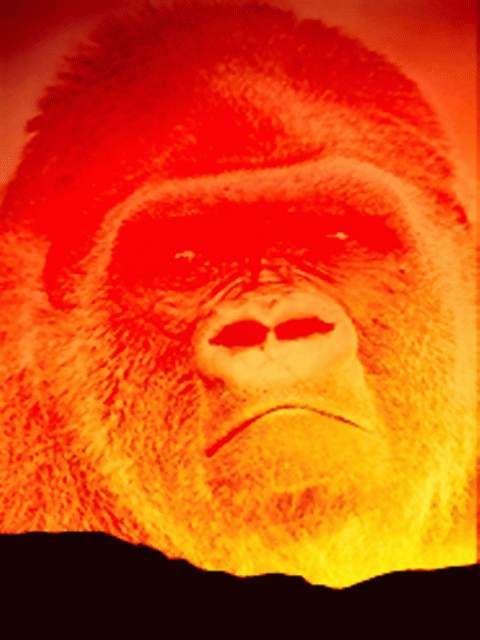