I spy, with my little eye

Eye-tracking software has matured to the extent that Microsoft had said it will eventually include it in Windows 10, as an alternative to the mouse and keyboard.

At one time, computers were controlled by keyboards and punched cards, but since the computer became personal, more and more interface methods have emerged. The mouse was the big ergonomic breakthrough which brought screen position into the equation. Building on that foundation, we've now got touchpads on most laptops, and touch screens on phones and tablets. Eye Tracking, or Gaze Tracking, is essentially another way of moving the pointer around the screen.

Early attempts at eye-tracking and eyeball control of computers relied on specialist headsets which positioned optical sensors at the side of the head, focused on each eye. Over the last few years though, general advances in processing power, image analysis, and facial recognition, have allowed the use of simpler static cameras, much like the webcam already built into most laptop or smart phone hardware, and this immediately opens up the technology to a much wider audience.

Microsoft first became interested in gaze-tracking back in 2014, when it ran a promotional contest. The winning project was an application which allowed a person to drive a motorised wheelchair simply by looking at the controls displayed on a Microsoft Surface device. This inspired Microsoft to form a research team to study eye tracking. Once again this is an example of the benefits gained by embracing accessibility instead of marginalising disability.

The gaze-tracking built into Windows 10 will eventually offer users the option to control the mouse pointer and simulate keyboard inputs using only their eyes and a camera, but just like using a mouse, it will require users to learn the techniques and timings required. The advantage of building eye-tracking into the operating system is that it should then be a consistent interface equally available to all applications.

Eye tracking will not suit everybody. Researchers at the University of Surrey who have been studying eye tracking techniques found that many participants (but not all) became fatigued using the systems. A bigger concern for most people will be the impact it has on privacy and advertising, and naturally the big-players such as Google are looking at how they can capture and use eye-tracking data. For instance, if the advertising industry can detect which adverts you look more at, regardless of whether or not you click on them, it becomes another way of profiling you and creating ever-more distracting adverts. If they can tell which areas of a page you personally look most at, those areas will become prime real estate for advertising. 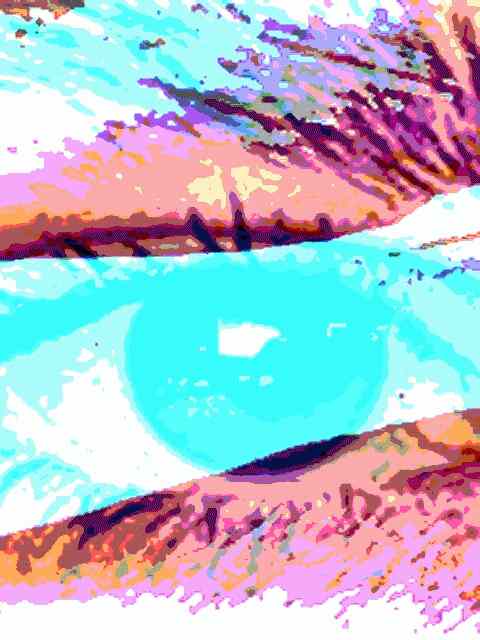