How fast is fast?

Does the UK have "super-fast" broadband? The Government Department for Digital, Culture, and Media is pushing for all households to have access to a minimum 10 Mbps connection. BT argues that regulation is unnecessary. A spokesperson for OpenReach recently said "More than 93 percent of the UK can already access superfast speeds of 24 Mbps or above", but that claim reflects a theoretical possibility not an economic reality.

If you are accessing broadband through the copper phone wires, ADSL2+ has a theoretical top speed of 24 Mbps, but few users can achieve that. BT advertises its ADSL product as "up to 17 Mbps" but even that is only available to people living close to an exchange. Homes which are just 3 Km from the exchange will get less than 10 Mbps, at 4 Km it drops below 5 Mbps, and beyond 5 Km you can be struggling down at 2 Mbps.

If you really want the 24 MBps or above which OpenReach says "you can already access", you need to use fibre of some description, and that's more expensive. There are still households which cannot afford internet access at all, and many which cannot justify the luxury of a fibre connection. According to Ofcom's latest figures, more than half of the UK households with a broadband connection are using copper line-based ASDL.

Ofcom's latest study says the average UK broadband speed to the home is 36.2 Mbps, an increase from the previous year's average of 28.9 Mbps. Whenever you quote averages like this, it is human nature to think that everyone should be at least as good as average, which is, of course, a mathematical impossibility. In everyday life we often use the words "average" and "typical" as if they were interchangeable.

Akamai, a global supplier of content delivery services, regularly produces its own highly-regarded report on access speeds around the world based on actual delivery speeds of its data. Its latest statistics show the UK average speed is 16.9 Mbps, much lower than the Ofcom figure, but still higher than the global average of 7.2 Mbps. This correlates well with another study which looks at many millions of speed tests over the year and concluded the UK average working speed is 16.5 Mbps. These studies help us to see how the UK stacks up relative to similar samples in other countries.

Some publications jumped on this data as another opportunity to knock Britain. The Guardian proclaimed that "Britain is a broadband laggard.... trailing most of Europe, Thailand and New Zealand", and complained that the UK falls "well short" of Germany, for example, where the average speed is 18.8 Mbps.

If you want to check your own broadband speed, this site has an easy to use speed tester.

Why do broadband speeds matter to web developers and website owners? Without doubt, slow page load times and jerky sluggish performance massively detracts from usability and that stops a website achieving its objective. The onus is on the developer to cater for the typical customer, not the theoretical average customer. 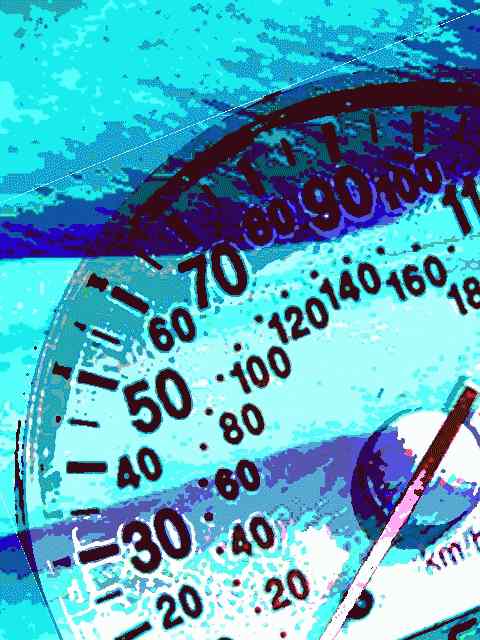