The lie of the land

You've probably heard of ley lines, those powerful and mystical lines of force established by the ancients, but do you know where they actually run? Imagine if your own house was on the intersection of two ley lines, or even three.

At one time you could guess at whether or not your house intersected a ley line. With the computational power of computers, the geographic databases of the Ordnance Survey and English Heritage, and the flexibility of Google maps, it is possible to see how close you are to a ley line, just by checking this website:

Ley lines have been associated with all sorts of mystical phenomena, religious significance, and healing powers. Some self-proclaimed experts claim to be able to detect ley lines using dowsing rods, and have blamed sick building syndrome on "negative earth energy lines". So imagine how amazing it is if your house happens to stand on one or more ley-lines. Except it is all complete bunkum.

Ley lines were invented by a self-taught amateur archaeologist Alfred Watkins back in 1922. He noticed on his map that certain ancient landmarks appeared to lie in a straight line, and became convinced that he had found an ancient trade route. This sparked the craze for other homebrew archaeologists to pour over maps looking for more alignments, and because ley line sounds so much more exotic than trade route, they were credited with more and more exotic powers.

Cartographers would have been quick to point out that straight lines on flat paper maps can never properly represent a curved planet. Statisticians would have shown that his choice of points was very selective and conveniently ignored structures which didn't lie on his imagined straight line. Archaeologists would have shown that there was absolutely no physical or historical evidence to support the ancient route conjecture. But still, the ley line believers thought the alignments couldn't possibly be just random.

In 2010, Matt Parker created a ley line map using the locations of the 800 defunct Woolworths stores as his sacred historic reference points and was able to come up with much the same claims for significant geometric lines and shapes as leyliners claim around ancient monuments. Tom Scott's website application shows that given enough data, every postcode in Britain can claim to be at the intersection of at least three mystic ley lines.

No amount of contrary evidence or reasoned argument will change the minds of ley line believers who have woven their own mythologies around spurious correlations. Indeed, some of the most imaginative hardcore leyliners argue that results such as the Tom Scott map obviously proves that ley lines must be a sophisticated GPS system designed by ancient alien astronauts. Fortunately, such misguided beliefs matter little in the grand scheme of things,... but other data-based beliefs do matter to us a great deal.

Today's organisations are faced with more data than ever before, and are looking for ways to make sense of it using business intelligence tools. Otherwise it is like trying to spot the trends in a scattering of dots on a map. In a KPMG survey, 69% of organisations said a big benefit of big data and modern analytics tools would be "identifying insights that would otherwise be missed". For example, the University of Chicago has used big data to spot correlations between diseases which would allow life assurance companies to better assess risks in applicants, and in Oregon this week, a report says that the Youth Authority has used big data for "identifying typologies or archetypes of troubled individuals".

Studies like this have real impact on real people's lives, but we should always ask ourselves if these computer-generated insights reveal real and meaningful connections, or are they just random correlations of data with no supporting evidence, with as much credibility as a ley line? 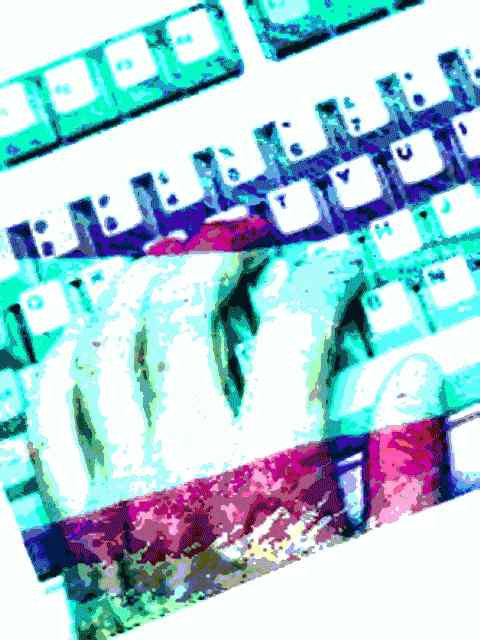