Life in plastic, its fantastic

Jumping onto the latest media craze for artificial intelligence-powered robots, the BBC had confirmed that a forthcoming issue of Radio 4's "Today" programme will include an interview with a politician conducted by an AI bot modelled on news presenter Mishal Husain. If news organisations want to use robots to ask the questions, surely politicians are equally entitled to use robots to answer them.

An even more blatant PR stunt occurred recently in Saudi Arabia where the Hong Kong-based Hanson Robotics was demonstrating Sophia, an advanced, somewhat creepy, human-like robot. In a move to show how high-tech aware and forward thinking it is, the Kingdom of Saudi Arabia granted citizenship to Sophia. When informed of this award, Sophia responded by saying "I'm very honoured and proud for this unique distinction. This is historical, to be the first robot in the world to be recognised with citizenship".

However, social media was quick to point out that Sophia, styled on a young woman, was not required to wear the abaya, (the long black cloak which covers all but the hands and face), and was unaccompanied on stage, with no sign of a male guardian. In granting citizenship to this robot, Saudi Arabia has given more rights and freedoms to a machine than it bestows upon biological females.

Sophia is just one of many projects emerging from Japan, aimed at constructing androids which are virtually indistinguishable from human beings, and curiously, they almost all seem to be modelled on attractive young women, like real life Barbie dolls.

It is important to remember when you watch videos like this, or engage in a dialogue with Amazon's Alexa, that each one is still only a machine. Admittedly it is a very sophisticated machine, one which uses cutting edge technology, but nevertheless Sophia is no more "alive" than a pocket calculator or an animated device in a Hollywood movie. Incidentally, the company's founder, David Hansen, was for many years an imagineer, working for Disney.

If machines can mimic humans, so too humans can mimic machines, and the results are usually far more pleasing to the eye. This is the dancer Dytto performing a dance routine to the song "Barbie Girl".

I'm a Barbie girl, in a Barbie world
Life in plastic, it's fantastic
You can brush my hair, adjust me everywhere
Imagination, life is your creation 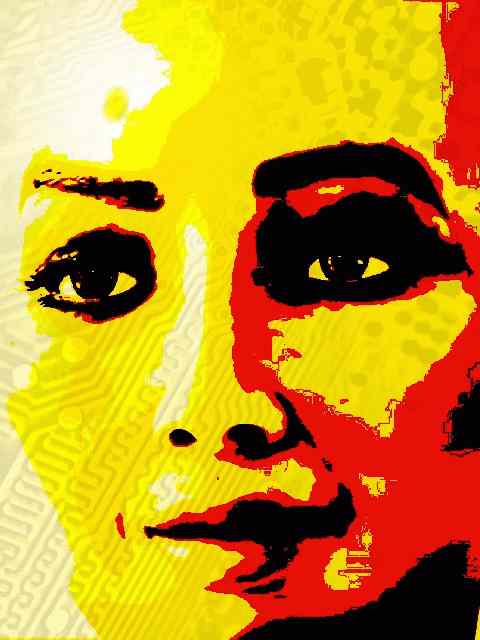