Whatever happened to live music?

Roy Orbison, also known as The Big O, was a rock and roll pioneer best known for the dark glasses on stage, and for his songs, Oh Pretty Woman, and Only The Lonely. Sadly he passed away in 1988 at the age of 52. So you might be surprised to hear of his UK Tour, 2018.

No, it isn't a lookalike performer or tribute act. It is a holographic recreation created using state of the art CGI techniques and 3D projectors. Danny Betesh, who was Orbison's manager during his heyday said "It is immensely exciting to see Roy back on the stage in such a modern and creative way. His music never went away and now fans can enjoy seeing the live show and hearing all those much-loved songs."

Back on stage? Live show? Even if the hologram can react to the audience in some way, even if it appears exactly like Roy Orbison, it still isn't Roy Orbison, just a sophisticated computer program. It isn't exactly a hologram either, not one you can walk around and view from different angles. It is actually a projection onto a transparent screen set in the middle of the stage which gives an illusion of three dimensionality against the background. The technique was first invented by the Victorian theatres and known as "Peppers Ghost", and unlike 3D movies, requires no special eyewear for the audience. This short clip shows a more modern version of it featuring Kate Moss.

Orbison isn't the only artist being resurrected in this way. Maria Callas (1923-1977), the great operatic soprano, is also to tour this year in projector form, and more are likely to follow.

Over in Japan, they already have a holographic superstar giving live performances. Hatsune Miku exists only as a holographic projection, and even the voice is computer generated, and yet people pay to go to Miku concerts in great numbers. Drawn more in the anime style of the last decade than modern photorealistic CGI, the first live performances was in 2009, and somewhat disturbingly, the avatar is permanently 16 years old, and blatantly sexualised. This video shows how the audience reacts, calls out, cheers, as if it was a living entity.

If 3D projection takes off in the US and Europe, becomes a commodity product, I imagine politicians will increasingly want to use this technology so that they can appear "live" at political rallies across the country. 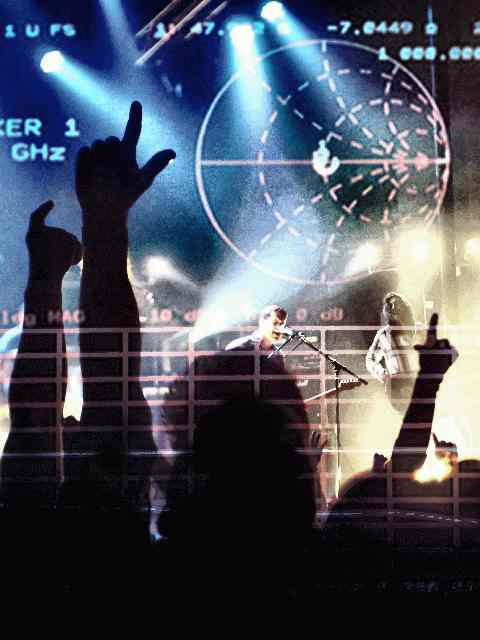