Reds under the bed

With all the paranoia about homeland security, and arguments about Russian interference with US elections, you might be surprised to discover that someone might be hiding spying equipment in plain sight in the heart of Washington.

You know those masts and cell towers you see everywhere, the ones that make mobile phones work? Do you pay much attention to them? The modern masts are compact, unobtrusive and pervasive. They appear so often now that it is easy to lose track of which aerials belong to which phone company, or even if they are genuine and have permission to be there,... and that's what's happened in Washington.

In a recent memo to Senator Ron Wyden which has been made public, Christopher Krebs of the US Department of Homeland Security (DHS) says anomalies have been detected in cellphone coverage and performance which are consistent with fake cellphone masts in the capital.

When your mobile phone is turned on, it transmits its unique international standard mobile identifier code (IMSI) to any masts in the area so that your phone can establish connections with your provider as you move from one cell to the next. This means that someone operating a rogue mast can capture information about you and your movements, and a slightly more sophisticated mast could also trick a phone into switching into 2G mode which would allow eaves-dropping on calls and text messages.

This will come as no surprise to DHS. A device called the StingRay by Harris Corporation is built for just this purpose and known to be used by the US police and FBI, as well as police forces around the world. Sky journalists were asking questions about fake masts and StingRay usage in the UK at least three years ago.

Some of these IMSI-capturing devices are large and bulky, but there are also devices small enough to be carried around in a back pack, (said to be ideal for undercover officers mingling with activists at a protest rally) and even a hand-held one with a short stubby aerial. This sort of technology has also been used (with strict privacy controls and oversight) in legitimate research studies such as the London Underground study to work out the routes passengers were taking within stations at rush hour to get from one platform to another so that exits and signage could be optimised.

The concerns expressed by DHS is that they don't know who is operating the fake masts they have detected in the capital. Could it be Russian espionage agents working against the USA? Could it be terrorists plotting an attack? Could it be an internet company which has found yet another sneaky way to profile passing people and inject adverts into their phones? Or, cynically, could it just be an anomaly being used as a reason why DHS needs yet more budget funding to counter the possible threat? 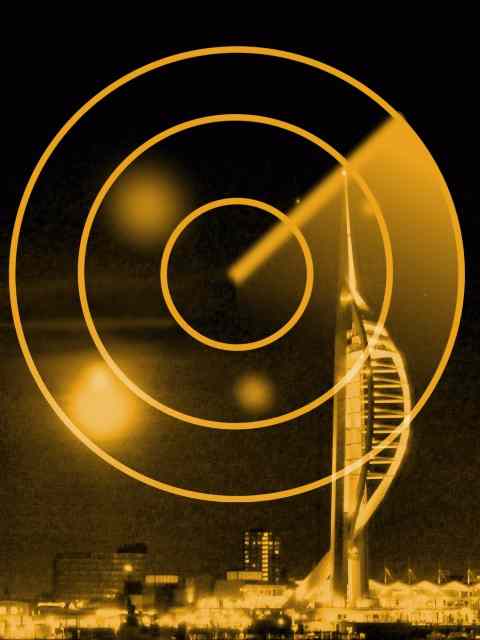