Using your car boot as a mailbox

Amazon is always on the look out for new ways to deliver parcels, and its plans to fill the skies with fleets of delivery drones catches a lot of headlines, but they do have other radical ideas in the pipeline too.

Have you ever thought about why the humble letter box in your front door does its job so well? It is a simple but secure device that anyone can use to deliver a letter, but only the person with the front door key can retrieve it. They keep letters in, and they keep people out. If it wasn't for the simplicity and security of the letterbox, we'd all have to book appointments with the postman every time someone wanted to send us important documents.

The simplicity of the letterbox fails once the package is too big to go through the slot. Even twenty years ago that was no big deal, as large packages arrived once in a blue moon, but this is yet another aspect of modern life that has been changed radically by the web. If someone needs a new toaster, they might go to the electrical store at the weekend and buy one, but chances are they'll get one by mail order instead. It is more convenient, its quicker, and the postage cost is likely no more than the cost of taking a bus into town and back. The only problem is getting it through the letterbox.

Amazon has become the major player in the mail order business and it has a number of innovations, such as delivery lockers fitted with digital locks in places like supermarkets and rail stations. You can ask Amazon to deliver to a locker that is convenient for you and they will send you the locker number and one-time usage key code to open it so that you can retrieve your goods.

A slightly more off-beat idea is the Amazon Key Service. If you are a Prime member and have an Amazon smart lock on your front door, you can arrange for the delivery agent to let themselves into your house and leave the package inside the front door. Not surprisingly, people are less comfortable with that idea. What if a rogue delivery agent quietly helps himself to the post lying on your mat, or the slice of cheesecake in your fridge, or opens the front door unexpectedly whilst you are stumbling around in your underwear? Amazon says all the delivery agents "are thoroughly vetted, with comprehensive background checks and motor vehicle records reviews", but that's pretty well the same platitude as Uber says about its drivers.

The latest development to this is Amazon Key InCar, and tests are taking place in about 35 cities in the USA with owners of certain models of Buick, Chevrolet, and Volvo. These vehicles already have electronic locks so there is no need for additional hardware from Amazon. The customer, who must be using the Amazon Connected Car app, tells Amazon roughly where the vehicle will be parked, and the Amazon delivery agent locates the car, and is able to unlock the car electronically. If there proves to be insufficient space in the boot, they will leave the package on the seats instead.

Amazon says the system is designed so that the delivery agent cannot drive away until the customer's vehicle is locked again. One obvious concern is that an Amazon truck loading stuff into an unattended car boot is probably of great interest to people who break into cars, and even more so if the package is left visible on the back seat.

This advertising video from Amazon shows the idealised world of Amazon Key. It is strange how all the videos for these in-car services show spacious congestion-free roads used only by top of the range computerised vehicles, parking is never a problem, websites are blazingly fast, and humble office clerks have ninja cleaners.

Going back to letterboxes and messages, do you post a letter, or do you mail a letter? The word post comes from a time when letters between towns were relayed by delivery men, who were stationed or posted at intervals along the route. This is also where the expression "post-haste" originated. The word mail comes from the French word "male" which means bag or sack, and refers to the satchel used to carry the letters. In the UK, post came to mean letters sent within the country, whilst mail was used to describe larger packages and overseas letters. By a strange quirk, in the UK we normally say that we post letters and they are delivered by a postman who works for the Royal Mail, whilst in the USA and Canada, people normally talk of mailing letters which are delivered by a mail man who works for the Postal Service. 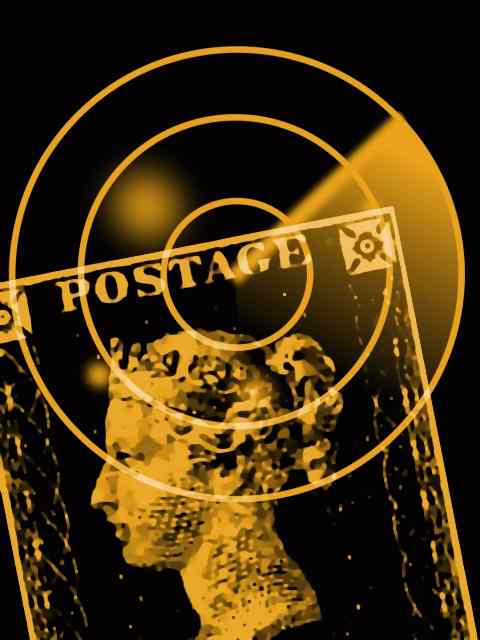