Broadband in every home by 2012

You may have heard the government announcements last week that, by 2012, there will be broadband in every home. This news from the Digital Britain report is surely good for anyone operating a website or delivering online education. But dig beyond the Universal Broadband soundbites and a different picture emerges.

Firstly, it will not be the case that every household will be supplied with free broadband, or that there will be a computer in every home, simply that every home will have the option of obtaining some sort of broadband from an Internet Service Provider. Families which cannot afford broadband now will still not be able to afford it in 2012.

ADSL however, although it uses the same lines as voice telephones, only works across relatively short lengths of line from the local exchanges and this means that remote rural areas have not been able to use ADSL. Organisations like BT which are commercial operations expected to make a profit are unwilling to make the capital investments needed to support handfuls of users in remote locations, preferring instead to focus on the lucrative and profitable city centre markets. It is this lack of coverage that the government intends to address.

So by 2012, all parts of the UK should have at least a 2MB service available, whether that be ADSL or fibre or some sort of WiFi. But who will pay for it? The answer is that we will. There is a plan to raise a levy of 50 pence per month on every household in the country with a fixed phone line, to finance this development. That is Ł6 per household per year, or somewhere between Ł150m and Ł175m per year in total as a new form of tax called the "Next Generation Fund". The fairness of this tax must be called into question. A tax raised in this way is not related to a person's income, the number of adults in the household nor the usage they make of the phone system. Families buying the cheapest broadband available will still pay the same subsidy tax as the person buying the top of the range service supporting TV on demand and internet telephony. The money raised will be administered by Ofcom and donated to an industry which already makes billion pound profits each year and no doubt this tax, once established, will persist long after 2012. Of course, all this assumes the government will be in power long enough to action these plans, which seems unlikely.

Meanwhile, BT has found a novel way to increase its OpenZone WiFi coverage by installing hotspot equipment in cash machines. Cash machines already have a broadband connection so adding a WiFi unit is relatively cheap and straightforward. Initially it is working with Cashbox, the company which supplies ATMs to retailers and pubs and has about 2,300 machines nationwide. 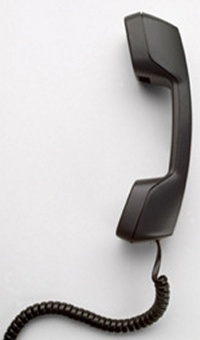