The fragility of the internet

In this day and age, when the internet is so intertwined in our lives, can you imagine the chaos if ever a whole country peels off the internet? Surely that could never be allowed to happen.

On Monday October 12th, Sweden disappeared from the Internet. Any attempt to access a website address ending in the Swedish suffix, SE, failed, as did any mail sent to them. The cause of the problem was that an update to the country's national registry had a missing full stop, a single keystroke error, and that was enough to make Sweden's 900,000 domain names unusable. Fortunately the error occurred late in the evening and took less than an hour to fix, but most of the world's ISPs cache domain data and, once they had picked up the erroneous change, many would not have refreshed their caches for another 24 hours.

Getting full stops in the wrong place is a really easy mistake to make, and anyone who has managed domain names makes this mistake sooner or later, no matter how many quality assurance checks are put in place. Usually this is annoying and inconvenient, and affects just one domain name and one company. For a national registry operator to make this mistake and blitz a whole country is previously unheard of, but it does illustrate just how easy it is for our communications networks to be disrupted. 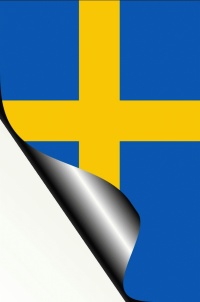