Microsoft dominates the operating system market with Windows but Google has been working on its own desktop operating system, Chrome OS, and it is firmly aimed at "cloud computing".

Nine months ago Google released Chrome, its own very fast web browser. Last week it made public its plans for the Chrome Operating System (Chrome OS), and demonstrated it working via a webcast. In essence, Chrome OS is designed for getting on the internet. The machine boots straight into the Chrome browser and everything is done through a familiar browser interface. There is no desktop, no control panel, no file manager, no start button.

Google is working with hardware manufacturers including Acer, HP and Toshiba, to produce netbooks which will be pre-loaded with Chrome OS, but unlike today's netbooks, a Chrome OS computer will not have a disk drive, only a memory card like you use in your camera, pre-loaded with the Chrome software. This has the potential to make computers smaller, quieter, and with longer battery life. In particular, it should make the devices boot faster. Google showed its laptop booting in just seven seconds and says it hopes to improve on that.

But how will we store data and emails if there is no disk drive? How will we install our favourite applications? With the Chrome OS, everything is "cloud based". Your email is stored centrally on Google mail servers. If you want to write a document you can use Google Docs and store your documents on Google's servers. Even your bookmarks and favourites are stored in the cloud, not on your own PC.

With this system, you can access your files from any Chrome OS machine, anywhere in the world, simply by logging on with your own user name and password. A true Cloud-based computer like this solves the problems of your computer being lost or damaged. You only need to replace the hardware and don't have the headache of transferring files from the old machine to the new as everything, your files, your configuration settings, the way you have personalised the look and feel, are all stored on the Internet, not on your local machine. However, the downside to that is that anyone who can steal your username and password can own all your data, from anywhere in the world.

Chrome OS, if it catches the public interest, could be great for many people who only use their computers for accessing the internet and who don't want to have to manage security patches and device drivers and disk back ups themselves. Many people will rightly reason that you don't worry about the operating system in your phone or TV, so why should you worry about it in your computer. However, for quite some time yet, Windows and Apple desktops will still be needed by many, just for all those specialist applications like CAD systems, graphics processing or stock control software you run at present.

It is going to take a big leap of faith for people to trust all their critical data to cloud storage, and to buy computers which are entirely dependent upon a fast internet connection. But it does have the potential to shatter the Windows virtual monopoly and it will be interesting to see how Microsoft responds to this threat. 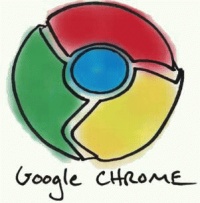