Truth, science and the Internet

In a week when governments met in Copenhagen to discuss climate change, and skeptics are challenging some of the research, we were reminded that science and technology is not immune to spin.

In the midst of the arguments about the factuality of climate change and allegations of massaged data to suit agendas, one academic and senior official at the Climate Research Unit, Mike Hulme, has astonished many by calling for the democratisation of science via the web. He advocates a consensus theory of knowledge, where not just scientists but other members of society should all be able to "have their say" on the validity of scientific arguments. It sounds like he believes we should hold ballots on the truth, and presumably that means that if enough people vote that the earth is flat then science should accept it is flat.

We've also been reminded that even amongst scientists, science and technology is not as objective as we might wish. At November's Supercomputing Conference in San Francisco, IBM's Cognitive Computing Unit announced that it had created a computerised simulation of a cat-sized brain that included a billion neurons and ten trillion individual learning synapses. The project was awarded the ACM Gordon Bell prize in recognition of outstanding achievement in high-performance computing. Scientists at IBM say they have made significant progress towards creating a computer chip that can emulate the human brain's ability to sense, perceive, comprehend, and interact with the real world, and added that its ultimate goal is to develop computer systems that can cope with real-world ambiguity and interact with complex environments in a context-dependent manner.

A simulation of a cat's brain sounds suitably impressive, but not so according to neuroscientist Henry Markram. He points out that we have long been able to build neural networks with tens of thousands of nodes or "neurons" and the only remarkable thing about the IBM project is the sheer amount of hardware it crams into a small space. Crucially, whilst IBM's project may have the same number of interconnections as a cat's brain, it doesn't in anyway "think" or emulate the way a cat's brain responds to its environment. Markram described it as a PR stunt, and said it was beyond belief that the Bell Prize was awarded for this project.

IBM responded by saying "We made a cortical simulation at the scale that a cat brain functions. We didn't say we made a cat brain that will go act like a cat."

Almost ever since computers were conceived, people have been rushing to give them human-like qualities and bandying around adjectives like "intelligent", "thinking" and even "alive", but look at what nature achieves. Insects are powered only by sugar and water and have a brain smaller than a pea. With all our best technology we cannot build a machine that small, let alone one that flies, and we cannot replicate even the rudimentary intelligence of a bumble bee.

Life's "programming language", DNA, is astounding. Our genes define everything about us, including what colour our eyes are, how the lens focuses and the retina detects light, how the nerves are wired up to the brain and how it can process those images. It astonishes me that the whole of what makes us human is set out by around 30,000 genes. Compare that with Windows Vista which needs 50 million lines of code, and that's before you start adding anything useful to it like Word or Excel.

Nature is amazing, and computer scientists would do well to remember that. 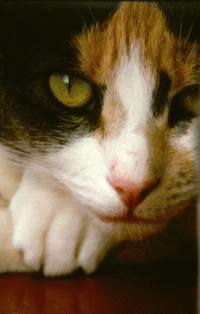