Be a bonehead? there's an app for that

The government and police want to bring high-tec DNA databases and CSI-like science to the battle against crime, but some criminals insist on making it much easier.

Back in October, a 20 year old college student in Philadelphia was robbed at gunpoint on her way home and her handbag was stolen. Amongst other things, the bag contained an expensive mobile phone. She thought that would be the last she would see of it, but the thief was to prove her wrong.

Some time later, the thief used the stolen phone to take a picture of himself proudly sporting an enormous weapon, (which turned out to be a starting pistol), and in a true touch of genius, somehow managed to use software on the phone to send the image to the victim's own online webspace. When the student next logged on and saw the picture she took it to the police department who released it to the media on December 3rd. The following day, the master criminal handed himself in. 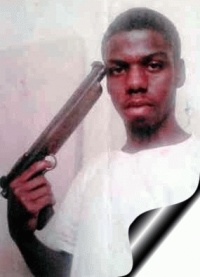