YouTube is fantastically successful in terms of popularity, but also fantastically expensive and unprofitable for Google. Could we be seeing new business models emerging?

Google has struck a deal with the Indian Premier League, a high-profile Twenty20 cricket series of sixty matches featuring star players from around the world which will be held in India in April and May. Launched last year, the 2009 series was a huge hit with TV audiences and it surprised everyone when Google announced it has a deal giving it world-wide rights (excluding USA) to show all the 2010 matches online, as they happen. This will be the first time a major sporting event has been video-streamed live around the globe.

Cricket has proved popular with sports broadcasters such as Sky because the break between overs every four minutes or so is a perfect opportunity to inject advertising. Presumably YouTube will follow this same model, inserting ads into its video stream between overs, and those ads will have pretty much the same target markets as the TV stations.

Sports coverage has long been a staple of subscription services like Sky, and some sports events also command additional pay to view fees. The TV companies must be worried by this move by Google, not only because Google is chasing the same advertising dollar, but also because Google has said viewing will be free to all. If Google sets out to become an internet-delivery TV company on a global scale then it will quickly become a very serious threat to broadcasters such as Sky and ITV.

This isn't the only change in YouTube strategy that Google is looking at. It has also said that it is going to be offering five films from the Sundance Film Festival on a pay-per-view basis, which will be the first time that YouTube has charged for viewing content. Again one has to surmise that this modest offering is a pilot test and that Google has ambitions to launch an online video-rental service. The LA Times reports that Google executives have been in Hollywood negotiating pay-per-view streaming rights for films and TV shows and is predicting it will launch such a service "within months".

We've had Google Search, Gmail, Maps and the Google Phone. Could these two developments on YouTube signal the start of Google TV? 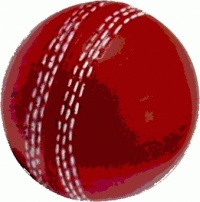