With a General Election looming but as yet unannounced, we already seem to be in the grips of "election fever" as far as some news stations are concerned. Whenever it comes, it will be interesting to see how the various campaigns use or abuse communications technology.

The telephone system has been with us for years but it is only relatively recently that it has been used by political parties in the UK for tele-campaigning. In 2007, the Labour Party used random diallers and a recorded message of the voice of Liz Dawn, the actress who plays Vera Duckworth in Coronation Street, to rally voters. The Information Commissioners Office told the party to stop using automated diallers to contact people without permission, but in 2009 it received complaints from the SNP that Labour was once again making spam phone calls. Labour has admitted making calls to 495,000 people, this time to numbers bought from a list broker. The ICO has now served the Labour Party with an enforcement notice.

Once a parliamentary election is announced, candidates have a strict budget of about Ł30,000 that they must adhere to for expenses, but how will this be applied to internet-based canvassing? If candidates spam their constituents, can they claim that cost is negligible? If they have a website set up for them and are given free hosting, does that break election rules or do they have to account for it all at a commercial rate?

More of a headache for the returning officers concerns the commentary rules. In the run-up to an election, there are special rules covering newspapers, TV and radio stations, that anything they publish about the election must be covered in a fair and balanced fashion. But those rules were written before the advent of YouTube, blogs, and the "citizen journalist". Will 2010 see a mass of anonymous blogs hosted on off-shore servers being used to talk-up or talk-down candidates? Many online newspapers allow readers to post follow-up comments to the news stories. Will these comment pages become a free for all as party supporters use them as a soapbox to present arguments, arguments which might well be offensive or make grossly untrue claims? Will publishers be working overtime trying to keep their forums fair and balanced, or will they quietly relish the notoriety their pages obtain?

Australians face the same problem and South Australia has taken a high-profile stance by enacting a law which makes it an offence for anyone to comment online about state elections unless they also publish their real name and postcode. Failure to do so is an offence. Even posting election comment under a pseudonym is illegal. Whilst this may not stop the problem, and may be difficult if not impossible to enforce, it has surely created the high profile awareness needed to greatly stamp out much of the problem. 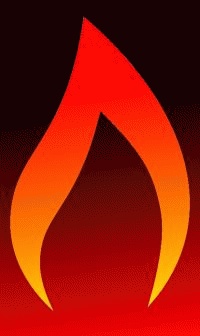