We've all said stupid things we would rather forget, but with the rise of social networking, people are now saying stupid things that the whole world remembers for ever and a day.

In the run up to the 2010 General Election, Labour's New Media Campaigns Spokesperson and candidate for Bristol East, Kerry McCarthy, used the new media of Twitter to announce the results of the postal vote counts in her constituency. It was immediately re-tweeted by a Tory supporter along with the suggestion that "someone call the police". Although postal votes are counted before election day and the candidates are allowed to witness the count, the numbers must be kept confidential until polling closes on election day. Revealing counts ahead of that is a serious breach of electoral law punishable by up to six months in prison. However, a spokesperson for Avon and Somerset police said they had received no reports of electoral fraud and were not investigating. Kerry McCarthy was re-elected with a majority of 3,722.

Paul Chambers, 26, suffered a less-forgiving outcome when he twittered in frustration in January after Robin Hood Airport in Doncaster was closed due to snow on the runway. He tweeted that he'd give the airport a week to get its act together or he would blow it sky high. As attempts at comedy go, its pretty poor but police had a complete sense of humour failure. Chambers was arrested by police under the Terrorism Act, questioned for seven hours, and in court on 10th May he was found guilty of posting a menacing message and fined Ł385 plus Ł600 costs.

One has to wonder how the police force would be unaware of the clear breach of election law by an MP which was widely reported in the newspapers yet know about this lame posting on the same medium which scarcely anyone would have bothered to read. Perhaps Big Brother really is monitoring all of our communications searching for keywords. 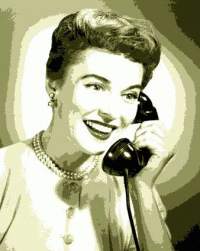