Whilst the internet has done many good things, it has without doubt eroded some of our privacy. Are law makers finally catching up with the need to properly protect it?

A bill has been proposed in the US House of Representatives which sets out what personal information can be collected by websites and how it can be used. Under this bill, information including names, postal addresses, email addresses, social security numbers and credit card numbers cannot be collected unless the site makes a privacy notice available and obtains the user's consent, although it says this consent may be implied.

For other data including race, religious beliefs, sexual orientation and medical data, consent must be explicit. This law would bar sharing of data between companies but crucially makes an exception for advertising networks, the area where many people have privacy concerns. Response to this bill has been polarised. Privacy advocates say it doesn't go nearly far enough whilst the business lobby is saying it has already gone too far.

Meanwhile, the EU Parliament has said users should be able to demand that their information is removed from company systems even if it was collected with their consent, and has called for a charter of internet users rights which should be implemented by 2012.

EU legislation tends to speak in broader principles whilst US legislation tends to be concerned with the letter of the law. But where the Internet is concerned, I am not sure that either approach is effective. Take spam, for example. No-one likes it, and both the US and the EU have implemented legislation which addresses the issue. In the US, the CAN-SPAM act was supposedly going to knock spam on the head, but in practice it simply legitimised spam. US companies can easily sidestep the CAN-SPAM definitions and continue to bulk mail with impunity. In the EU, the laws might be more effective if they were enforced, but try to complain about spamming, phishing or 419 scammers to the police, the DTI or your service provider and most likely you will be told that it is best to just ignore it, or invest in a spam filter.

I fear that any Internet Rights laws will suffer similar fates. I expect that users of US websites might find they have to scroll through 17 pages of small print down to a tick a box to confirm they've given up any rights they might have thought they had, European sites will carry lengthy disclaimers in their footers which have been copied from other sites without taking any legal advice whatsoever, and sites outside the US and EU jurisdictions will be immune from any privacy laws anyway. 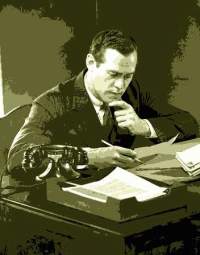