When will the military learn to use encryption? (Skill Zone News, 26-Mar-2008)

When will the military learn to use encryption?

For a long time the US Government opposed the use of strong encryption on the Internet, arguing that it would be a valuable asset to foreign militia. Why then, if encryption is so valuable, is it still so poor at using it itself?

The website www.mildenhall.com was set up by Gary Sinnot more than 10 years ago to provide information about the small town of Mildenhall in East Anglia where he lives. On the outskirts of Mildenhall is the large US Air Force base of the same name. Ever since he registered the domain and created the site he has received emails clearly intended for USAF personnel containing all kinds of military information, none of it encrypted. According to Sinnot, it included everything from chatty notes to classified documents, jokes, huge videos, and even the detailed itinerary for Air Force One during a visit by President Bush.

Sinnot says he brought the problem to the attention of USAF officials, some didn't take the problem seriously whilst others "went mental", but still he was never able to get the problem fixed. He tried using autoresponders to tell people they were using the wrong address but all to no avail. The email addresses were also making their way onto spammers' lists and Sinnot finally decided it was time to pull the plug on the website when he found he was receiving 30,000 pieces of email per day, most of it spam. 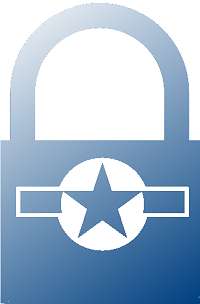