Owning an iPhone is a risky business

Do you own an iPhone, and if you do, is it insured? A company which offers iPhone insurance says one in five policy holders made a claim in the last year.

Some of today's mobile phones can cost more than a desktop computer and specialist insurance firm, Protect Your Bubble, is one firm which offers a package especially for the iPhone. It says that around 20% of the iPhone users it has insured needed to make a claim in the previous twelve months.

The commonest claim was for cracked screens, closely followed by having the phone stolen whilst texting. Common hardware issues (hopefully covered under warranty) included broken internet connections, screen freezes, phones which wouldn't recharge, and being unable to hear the other person in phone calls. iPhone users seem a little careless when you consider that the fourth most common claim in the top ten was from people leaving the phone on the car roof meaning it fell off when they drove away. Meanwhile, evidence that iPhone users take their phone everywhere with them is that squeezing into the top ten claims are losses caused by dropping the phone in the bath or down the toilet.

Some of the one-off claims are worthy of special mention. One claimant accidentally boiled it in the kettle whilst another gave it the food blender treatment. Airborne accidents included losing it from a hot air balloon, and another who lost it while sky diving. Back on terra firma, one claimant broke it whilst using it as a table tennis bat, but my favourite has to be the person who wrote "I've accidentally buried it in the garden". 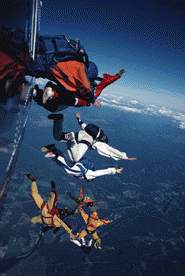