Over the last month Google has quietly added a thumbnail preview facility to its search results, so quietly that many people have not yet realised it is there.

When you enter a search phrase into Google and obtain a page of results, you may have noticed that some of these results now have a magnifying glass icon at the end of the link. Only the "organic" search results have this icon. The advertising links do not. However, this icon does more than indicate that it is a true search result. If you click on the icon you will find that Google switches into preview mode, and as you mouse over the links, Google displays a small image of the target web page on the right hand side of the screen in which it highlights the occurrence of the text you are searching for.

I was surprised by Google's positioning of this box as it obscures much of the side-bar advertising upon which Google depends, but the real question is whether or not it is useful to the user? Having tried it out for several weeks, it looks good but rarely helps me find what I am looking for. Sometimes it helps me avoid sites I don't want to visit and in that sense it is a time saver. This particularly applies when I am searching for a product to buy online and I am trying to avoid the endless duplicate sites under different domain names, and the "price comparison" websites which present themselves as a useful way of helping you find products but actually go to great lengths to get between you and the retailer so that they can claim their commission on any purchases you might make. The Google thumbnails help me avoid those sites, but I'd prefer it if Google tweaked its indexing method so I didn't have to see those sites at all.

Another small change in Google this month concerns its terminology. I wrote last month that Google has spent 10 years referring to its adverts as "Sponsored Links" to make them more palatable, only to find that this month it has renamed them "Ads". On the one hand, this is a more honest description. On the other hand, it is now even more difficult to spot where the adverts end and the real search results begin.

Are these new features helping the search user? Google did not invent search, and many of the recent enhancements are not that new either. When Google was first introduced to the world in 1998, the search market was crowded with big players such as Yahoo, Alta Vista, Excite and Ask. Whilst other search engines had cluttered screens and increasingly elaborate graphics, Google was an instant hit because it had a minimalist approach with virtually no style and was so much faster and so much easier to use. Most importantly, its search results were better. This wasn't because it indexed more than anyone else but because the top results were more relevant.

With its recent tweaking, is Google losing sight of its formula for success? Are the various gadgets it is adding to search making it clumsier to use? When it blurs the distinction between paid advertising and true search results, is it losing credibility with its users? Over the last 12 years, the once supreme Yahoo has become a mix of email, newsgroups and chat with search relegated to a bit part, and the once mighty Alta Vista has become a minor player. Inktomi has ceased to be and Ask has this month announced it is getting out of the search business. Google may have an utterly dominant position in search at the moment and "to google" may have become a part of the language, but can it afford to ignore its roots?

As well as great technology, Google has a well-funded PR department. On the same day that MPs were due to discuss the surveillance society, which would certainly include Google, its tracking, its privacy policies and the concerns over Streetview, Google published a report compiled by consultants in Boston, USA. This report, laden with buzzwords such as "engagement", "enablement" and "internet gravity" creatively values the internet as worth Ł100 billion per year to the British economy, or 7.2% of our GDP which would make it bigger than the whole of the financial services industry. Sadly, much of the British media accepted this report quite uncritically and reported these figures as if they were fact, and often juxtaposed with Google's name in such a way that the layman might well think Google itself was responsible for much of this revenue. Even BBC Radio 4 lapped up an interview with a Google spokesman and failed to challenge these figures.

For example, the report takes the value of all online sales, transactions using the web as a sales channel, and counts that as GDP generated by the internet. On that basis, the vast majority of our GDP would be generated by retailers such as Tesco and would mean the manufacturing industries contribute nothing to our economy at all. Couldn't a lobby group for BT use the same figures to argue that it is the phone companies which are worth $100 billion to the ailing economy because it is their broadband cables and fibres which make cheap access possible? Or the power companies, because phones and computers are pretty useless without electricity? Or the financial services sector, because you just don;t have an economy without money, cheques and plastic? 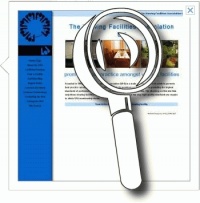