Shutting off the mobile

In Britain we have laws against using the mobile phone whilst driving. In the USA, one politician wants to take it further and build mobile-blocking technology into new cars. And where America leads, Europe so often follows.

US Secretary of Transportation, Ray LaHood, told journalists that he is on a "rampage" against distracted driving and would like to see technology built into cars which would scramble cell phone signals whilst the vehicle is in motion. Not only would this prevent the driver from using their mobile whilst driving but also prevent the driver being distracted by the phone calls of the passenger. Presumably it would also block hands free mobile phones and play havoc with those satnavs which download traffic alerts over the mobile phone network.

To support his campaign, LaHood produced statistics which show that last year in the USA, 5,500 people were killed on "distracted driving related accidents" and another 500,000 were injured. In the UK we have some of the safest roads in the world, and compared to the USA our roads are three to four times safer on a per person basis. The Department for Transport conducts a survey each year at 32 sites near light controlled junctions and the 2009 survey found the proportion of car drivers detected using mobile phones increased from 1.1% in 2008 to 1.4% in 2009, and the figures for van and lorry drivers increased from 2.2% to 2.6%. What we don't know is if this increase is because people are becoming more blasé about the dangers of using a phone whilst driving or if it is simply that the proportion of drivers carrying mobile phones has increased.

Like many safety features in cars, the LaHood proposal adds to the cost for all drivers, to protect us from the inconsiderate and dangerous few. In the USA, indications are that the proposals are winning support from the public, even amongst people who themselves admit to using their phone whilst driving. It isn't that they view their own behaviour as dangerous, but rather that they think other people using phones are a danger to them. Surveys reveal that more than two thirds of American drivers think of themselves as more skilled than the average driver. In other words, the average American motorist thinks of themselves as more skilled than the average American motorist.

This tendency to be better than average is found in other walks of life too. Studies show that most people believe they are less influenced by advertising than the average person, that they are less likely to have a heart attack, and more likely to live beyond the average lifespan. We even find this tendency in our expectations of websites, sometimes wildly so. No matter what business someone is in, whether it be biscuits or beer or birth control, if they plug their keyword into a search engine then Google will typically find upwards of 12 million matching pages on the web. They will then ask why their own website isn't one of the top ten results on page one, (which would put it in the top 0.0001%).

As a final thought on the average driver and driving, perhaps we should remember the sobering words of stand-up comic George Carlin: "Just think of how stupid the average person is,... and then realise that half of them are even stupider." 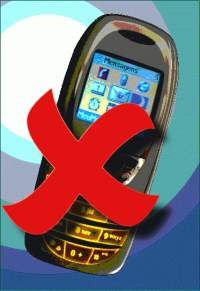