When a computer fails, its annoying. If it fails with your vital data on it, it can be stressful. If it fails because of something you've done yourself, that's just plain embarrassing.

Disklabs, the disk data recovery specialists, has once again entertained us with its tales of unusual injuries to computers from which it successfully recovered the data from the mangled wreckage. The first entry in its Hall of Fame for 2010 is quite spectacular. The customer said "My house exploded and propelled the computer to the bottom of the garden". If that had happened to me, I think the computer would not be the top of my priority list. But far more entertaining are the self-inflicted disk injuries.

One man said he was teaching his mother how to delete data, when he accidentally deleted all of his data. Another man left his laptop on the driveway behind his car when he left for work. Realising what he'd done, he reversed back up the driveway and flattened the machine. One client had a bright orange external disk drive which his four year old boy thought was a bath toy. Well, we've all done that haven't we?

Now if those sounded foolish, what about these. One customer brought in the wreckage of a laptop which he'd dropped out of a second floor window. He did it on purpose because he was under the impression that he had a ruggedised machine designed to survive such a fall. And my favourite, a student brought in a molten laptop which contained his essential academic work. How was it damaged? It had been put into a microwave. Why had it been put into a microwave? The student said he "just wanted to see what would happen". Well, it is good to have an enquiring mind. 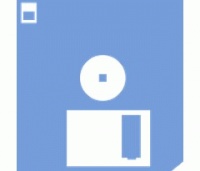