A freedom of information request has revealed that the Information Commissioner's Office (ICO) spent Ł585 on the design of an icon for its website, the tiny square design that appears alongside the website name in your address bar. For the 16x16 pixels in the icon, that works out at Ł2.28 pence per pixel.

Is this evidence that, despite these austere times, central government still tends to be cavalier with our money? The ICO has spent Ł40,000 on creating a new brand identity, but really we have to ask if anyone has noticed and why is a government body spending so much money on branding? This work included approximately Ł4,000 spent on its website, and the favourites icon was itemised at Ł585. The design of the icon is not challenging. It consists of a blue square containing the white letters "ico", and is, of course, impossible to read at the tiny size used in the web browser.

On the one hand, I don't blame the web development company for billing this amount. It probably reflects the organisational bureaucracy they have to work with. No doubt they had to have a meeting to discuss requirements, submit three designs, attend another meeting to choose the final design, and then go through the process of invoicing and creating the paper trail. On the other hand, I wonder why creating a favicon was regarded as an extra in the first place? Shouldn't it have been included as part of the overall process of website rebranding? Shouldn't they just have trusted the developer to get on with it? Whatever the reasons, I struggle to see how the favicon can really be 13% of the total cost of the website work.

We often hear of horror stories like this revealed through Freedom of Information requests, but we hear less about the costs of responding to the requests. When a government department receives the FOI request, it is obliged to respond. According to various economic studies, there are now more than 100,000 requests made each year and the total cost of dealing with those requests is currently around Ł34 million per year and rising. FOI may have been well-intentioned, but how often does it make a real difference? 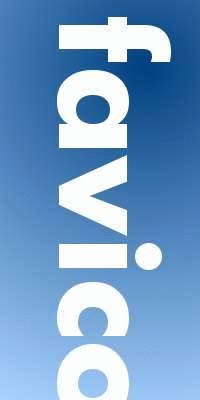