The cost of the census

By now you should all have completed your Census and recorded where you were on the night of 27th March for posterity. But does posterity care?

The 2011 census, an exercise the country goes through every ten years, is probably the biggest piece of survey research ever carried out in the UK. With such large projects we can usefully look at their figures to see the benefits of massive economies of scale. The 2001 census cost Ł254 million, which was around Ł4 per person. The 2011 census is expected to cost in the region of Ł500 million, which is somewhere between seven and eight pounds per person, or around Ł20 per household. 35,000 people will be employed to work on the survey and, most surprisingly considering the amount of computerisation involved, it will take 18 months to publish the results.

The costs are quite an eye-opener. Creating surveys and collecting data is never cheap and often under-estimated, but given the size of this survey and the improvements in data collection technology over the last ten years, I think the costs are surprisingly high. This year the census includes an option for online completion, and it will be interesting to see how many people ultimately use this method.

The bigger question though is whether or not we need a comprehensive census which attempts to count and categorise every last person. Most surveys you ever take part in are based on small samples. Market researchers don't attempt to count the product stocks in every single shop. Consumer researchers don't seek to interview everyone who buys a certain product. Biologists don't need to count every single seagull. For the vast majority of surveys, sampling a small percentage of the total population gives figures which are every bit as useful, at greatly reduced cost. The skill lies in designing proper sampling methods. If you can get results which are just as meaningful by sampling, say, 10% of the population, you can potentially save 90% of your survey costs.

What does the national census tell us that really needs every person to be counted? We already have an annual survey in the shape of the electoral register and with a little thought that could be modified to include a head count and ages of non-voters. We have vast amounts of data about our society in terms of birth records, community tax surveys, TV license addresses, DVLA data, tax and national insurance records. How much more data do we need?

If a local authority needs to know how many children it should allow for in its schools each year, will it be able to rely on a headcount taken once every ten years and not even published until 18 months after the survey was taken? I think not. Wouldn't it be better and more cost effective for it to do its own small sample survey once every couple of years? And if we really want to know how many people subscribe to each religion, wouldn't it be more meaningful to count how many people actually go to church? 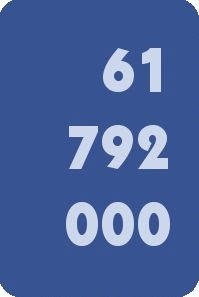