The expense of the expenses system

Whilst surveys can be statistical approximations, some applications, such as accounting, need to be precise to the last penny. What does this precision cost?

Following on from the MP's expenses scandal of last year, Parliament tasked the Independent Parliamentary Standards Authority (IPSA) with the job of ensuring transparency in the handling of MP's expenses in future. Naturally this involved setting up an accounting system which, according to Charles Walker of the speaker's committee, includes "server hardware, desktops and laptops, network hardware, office infrastructure, firewalls, anti-virus, web proxy and hosting services, Wide Area Network link, security solutions, email and telephony."

The cost of getting the infrastructure up and running has been Ł2.2 million. For a small government department that is probably reasonable. However, if you think of it as more akin to an office which has to handle expenses for 650 people, that set-up cost of over Ł3,000 per MP becomes quite steep and you might well ask why such a small operation needs so much computer power. Few companies with 650 employees would spend that much on the whole of their accounts department. The day to day running costs of the expenses operation (staff costs, office rent, electricity) were not disclosed but given the amount of kit they bought, it must be substantial.

Since its inception last May up to February of this year, IPSA had approved more than Ł9 million in MPs expenses (that's an average of about Ł13,800 per MP over 10 months) and disallowed around 2,000 claims with a collective value of just Ł144,000, which is a mere Ł35,000 more than the Ł105,000 annual salary paid to IPSA's interim chief executive, Andrew McDonald. If this project had been subject to a cost benefit analysis then it is hard to see how it could ever break even. Wouldn't it have been cheaper just to give each MP a maximum allowance of, say, Ł16,000 a year for expenses and require each one to publish their own accounts each year for public scrutiny by the electorate? Or is that too low tech? 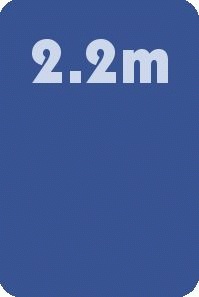