Here's looking at you kid

Would you like to be able to control your computer sci-fi style, just by looking at the screen and having it track your eye movements? That vision may be closer than you think.

The UK charity Special Effect, based in Witney, Oxfordshire, specialises in providing computer equipment to enable disabled people to use their computer and play games despite suffering life-altering injuries. This month it opened a drop-in centre where people can see how enabling technologies can help them. One of the more interesting pieces of technology is eye control. A good illustration of the power of this product is that people can use their computer to play music simply by looking a the notes they want to play on the screen keyboard. It is not hard to imagine how anything that we do today on a screen which involves moving or clicking the mouse could also be achieved by looking down at the screen to position the arrow, and blinking to click the mouse.

Laptop maker Lenovo has demonstrated prototypes of eye control built into its normal laptop PCs. It has used the eye tracking technology from Swedish company Tobi Technology to modify 20 of its laptops which it demonstrated this month at the CeBIT computer fair in Germany. Two diodes bounce invisible infra-red light off the user's eyes and two cameras pick up the reflections to calculate exactly where the user is looking. The system is still in its early stages but Lenovo says within about two years it will be selling this as a built in feature on one of its models which can be bought off the shelf in computer stores.

Did you know that there is a voice recognition system built into Windows Vista and Windows 7 already? Have you ever tried it? My initial tests were quite encouraging so I set myself the challenge of writing this issue of the newsletter using only the voice interface. After struggling for several days and still not completing a single article I thought maybe the microphone was the problem and invested in a more expensive model. That just made matters worse and the software seemed incapable of ever coping with my pronunciation of common but vital words like "two". After a couple more utterly frustrating days I decided the technology was a lot better than I expected, but still not good enough for day to day use. I would be interested to know of anyone reading this who has used the Windows Voice Interface, and how they found it. 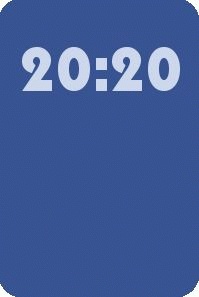