"I need no introduction" wrote the spammer, and then proceeded to introduce himself anyway as Abdullah Ahmad Badawi, the former Prime Minister of Malaysia.

By far the biggest category, around 40% of all the spams I received, were of the "phishing" variety, supposedly from banks or financial institutions claiming that, as part of a security update, I needed to resubmit my bank account details and online banking passwords. Another common category is the so-called "419" scam where the scammer claims to have a "business proposition" and wants your help, or the inheritance scams where a solicitor claims to have an unclaimed inheritance on his books which he wants to split with you.

Add to that, there were spams claiming to have a job offer for me (which is actually a way of getting you to launder money on behalf of internet con-men), spams telling me I'd won a car in an Internet Lottery, and one from an anonymous webmail address which simply instructed "Give to good cause, urgently pay money into this PayPal account".

On just one email account, twelve times a day, once every two hours, someone tries to steal money from me using the internet. Across the country as a whole, the number of attempted crimes against the UK is measured in tens of millions per day. Spamming is no longer just annoying and unwanted. It is crime on an industrial scale?

Disturbingly, a couple of the spams I received were offering mail-order firearms, claiming they could supply anything from a revolver to a tank (albeit previously used). Nine of the spam were in languages I don't speak, and half a dozen were in languages such as Russian which don't even use an alphabet I recognise so who knows what treats they were offering. But perhaps my favourite spam of the week was the one which was sent from a Vietnamese college address which began:

"I Rt Hon David Cameron MP, Prime Minister, First Lord of the Treasury and Minister for the Civil Service British Government wish to inform you of your Inheritance Payment from British Government....". It proceeded to tell me that my 2.5 million pound inheritance was discovered by the "Intelligent Monitoring Unit", and advised me that I should send my name and address to "Rt Hon William Hague MP Secretary of State for Foreign and Commonwealth Affairs" who apparently uses a Hotmail address. 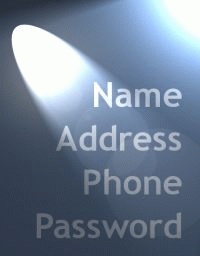