The criminal fraternity is forever thinking up new ways of parting us from our hard-earned cash. The latest trick you need to be beware of is the self-robbery trojan.

This scam is aimed at people who use online banking applications. The malware presents the user of the compromised machine with a screen that says their account has wrongly had a sum of money credited to it, and the malware manipulates the display so that it appears the balance in the user's account is too high. The user is then invited to complete a pre-filled request to transfer the excess funds back to the proper account and in doing so they are authorising the transfer of real funds from their own bank account to some intermediary in a distant country. This scam has been reported so far in Germany and at present it is unclear how many people have been deceived by this or even realised yet that they are missing money from their accounts.

With the growth in mobile phone numbers, this platform is also becoming an increasingly attractive target for the scammers, and during the first half of 2011, the number of known malicious apps for the Android grew fivefold, from 80 apps to around 400. One of the most common forms of scam at present is GGtracker which has been found in apparently useful apps such as a battery saver utility, and also a "sexy pics" app. Once loaded, it sits in the background and uses your phone to send out premium rate texts, thus quietly draining your balance and clocking up revenue for the services it is sending to. 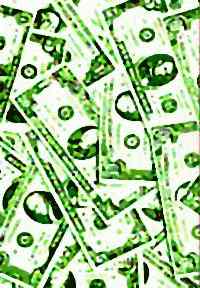