Is this headline a literary work?

In a complicated judgement, the Court of Appeal has upheld an earlier High Court Ruling that a headline to a news article is intellectual property, and UK news aggregator sites require licenses if they wish to scrape headlines from news publishers.

The case specifically involved Meltwater Group which provides a news monitoring service which routinely checks a large number of publications on behalf of its clients and puts together daily reports of how the client or its products are being received by the media. The case was brought by the Newspaper Licensing Agency which is a collecting society which manages the commercial rights of the newspapers. The court ruled that commercial organisations such as Meltwater, but not private individuals, require a license if they are to scrape headlines from a news website for commercial purposes. The license fees range from Ł58 to Ł500 per year.

It is hard to know how newspaper publishers will feel about this case which has implications far wider than just Meltwater. Do they really want to make it harder for third parties to publicise their headlines and attract readers to the paper's website? It is also complicated by the idea that Meltwater is offering this as a commercial service. It seems to me that someone on your payroll could spend an hour each day jotting down relevant headlines, pass that around the office for his colleagues to read, and be completely legal. But if that same person spends the same amount of time doing this job for you but is self-employed and working from home, then its a commercial service and needs licenses.

It also raises wider questions about other literary works and the web in general. Does this mean book, TV and film titles are also works of art and protected? If so, can reviewers review them or compile them into What's On calendars? Are the titles of our web pages equally protected? When Google collects headlines, why is that called indexing instead of parasitic scraping? Sometimes laws confuse more than they clarify.

Some headlines though are superb, albeit sometimes unintentionally, and you have to admire the headline writers who came up with these gems:

Time International, 2002:
"How do you solve a problem like Korea?"

The Sun, 2000, after Inverness Caledonian won by three goals to one in their Scottish Cup match against Glasgow Celtic:
"Super Caley Go Ballistic, Celtic Are Atrocious" 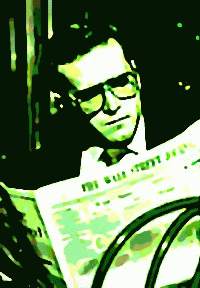