A few years ago we often had employment disputes over inappropriate use of email while at work. Nowadays the baton of dispute has been passed to social networking, particularly Facebook and Twitter. ACAS to the rescue?

One of the more infamous examples of a Twitter blunder was the PR man who worked for Chrysler in Detroit, who accidentally tweeted to the world "I find it ironic that Detroit is known as the motorcity and yet no one here knows how to (expletive deleted) drive". That mistake cost his company its account with Chrysler.

Back in the UK, about a year ago a Vodafone employee, using the Twitter handle of VodafoneUK and the Vodafone logo as his Twitter icon, tweeted a one-line homophobic tweet, no doubt intended to be witty, but which was taken by many to be offensive and resulted in Vodafone tweeting follow-up apologies and saying "The employee has been suspended immediately and we have started an internal investigation. We apologise for any offence the tweet may have caused."

So how should businesses handle tweeting in the workplace? In many ways it should be treated like email and phone calls, with a clear division between company and personal life. There are far too many examples on Twitter of people posting personal opinions and attempts at humour whilst using an account handle and logo which makes it appear like official company policy. Treat the company Twitter account as company property, not the domain of one member of staff. As a precaution against getting the two mixed up, suggest staff use, say, Internet Explorer for the company Twitter, and Chrome for their personal Twitter account, rather than try to switch between two Twitter accounts in a single browser.

In response to the growing number of staff disputes arising from inappropriate Tweeting, ACAS has produced an excellent document aimed at helping businesses, staff and unions to handle employment disputes related to social networking, including Facebook, Twitter and blogging. Quite rightly, the guide discusses the value in setting out guidelines and policy in advance, and avoiding knee-jerk reactions when incidents occur. 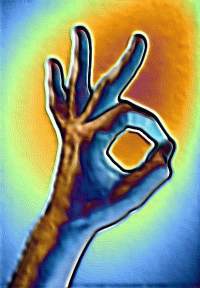