This is not the first time this sunrise procedure has happened for a new top level domain, and neither is it likely to be the last. The rationale for introducing more top level domains was the misguided belief that it would allow more people to get the domain name they want, but that is not what really happens. Instead, most of these new domains are duplicate defensive registrations to try to preserve the brand and ward off domain squatters. For example, we felt it necessary to defensively register skillzone.eu to protect our registered trademark during the .EU domain's sunrise period, and with other domains proposed such as .shop, .web, .jobs and so on all in the pipeline, the problem will only get worse.

But now two companies have gone to court in the US and asked for action against ICM and ICANN, claiming that ICM has been "extorting defensive registrations" with ICANN's blessing. And what is most surprising about that is that the two companies that have taken a stand against this domain racket, Manwin and Digital Playground, are themselves two of the big names in the internet porn business. Whilst it is probably too late to make much difference to the triple x domain, hopefully the threat of legal action in future will cause ICANN to think harder about this problem. Given the nature of today's internet and its reliance on domain names, is it right that ICANN makes unilateral decisions with global impact that can add millions of dollars to business costs? 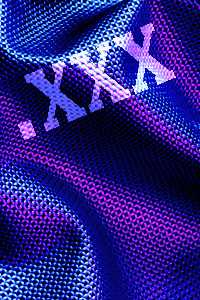