In the past we have seen high-profile disputes over ownership when companies have allowed their internet domains to be registered in the names of individual employees who subsequently leave the company. Now we are starting to see the same sort of problems with social networking accounts.

In the USA, mobile phone review company PhoneDog is suing its former Editor in Chief, Noah Kravitz, over possession of a Twitter account. Kravitz has some media credibility in the US, popping up on programs on Fox and NBC as the mobile expert. Whilst employed by PhoneDog, Kravitz set up a very successful Twitter account, @Phonedog_Noah, which attracted 17,000 followers. With that many followers, you'd think it must have some pretty compelling content, but it varies from insider info, such as "A Facebook Phone really is coming, and its codenamed Buffy" interspersed with a lot of typically self-important Twitter noise such as "Smartphones, when not evilly addictive, are awesome" and "I'm eating some insanely good toast right now". Do 17,000 people care about the quality of his breakfast bread? If they do, that says something really sad about our society.

But when Kravitz left PhoneDog, he took the password to the Twitter account with him, raising the question of whether @Phonedog_Noah and its followers belonged to PhoneDog or to Noah? Kravitz has now renamed the account to @noahkravitz, but in doing so retains the 17,000 followers, and is now "Editor at Large" with PhoneDog's rival TechnoBuffalo. PhoneDog has filed a court action against Kravitz, working on the basis that the password to the Twitter account was a misappropriated trade secret, and optimistically claiming damages equivalent to $20 per follower, $340,000 in total. Inevitably, this means PhoneDog will be cast as the bad guys in this.

In this case, I think both sides have handled things badly but both probably feel they are the ones in the right. It was foolish of PhoneDog to allow Kravitz to Twitter in the company name without establishing that he was representing the company rather than himself whilst Kravitz no doubt feels that the twitter account was his idea and he was the one who did all the work on it, (whilst being paid by PhoneDog of course). I also think that it would have been more honourable if Kravitz had created a brand new Twitter account in his own name and asked people to cross over to it, rather than assuming anyone who followed the old account wanted to follow him personally rather than follow PhoneDog. Surely, if his posts about toast are so gripping, he will have no trouble attracting his fan base to a new account.

Most importantly, this case should be an early warning to other businesses and organisations. Make sure you know who owns your domain names, Twitter accounts, Facebook accounts, blogs, newsletter mailing lists and so on. Even mobile phone numbers could be a future problem if you are using them on business cards and promotional leaflets. Do those phone numbers belong to the individuals concerned or are they on a company contract? Whenever you are talking about important intellectual property, think ahead, and don't rely on informal understandings. 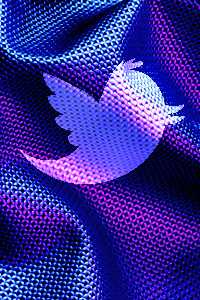