Is this 1982 all over again? The Argentine Association of Internet Users has written to ICANN requesting that administration of the Falkland Islands (FK) and South Georgia (GS) domains be handed over to Argentina in a timely manner.

One bone of contention seems to be that by assigning these islands their own country codes, there is the implication that ICANN recognises these islands as independent nations whilst Argentina still regards them as Argentine territories. In its letter, the Argentine Association writes: "The FK domain, assigned to the alleged authority of the Falkland Islands, as well as the GS at South Georgia and South Sandwich Islands, are an integral part of the national territory of Argentina, but in your report are presented as areas separated from Argentina."

The FK country code was officially assigned to the Falkland Islands Government in 2005, and whilst the islands are small, there are a healthy number of websites established under the FK domain relating to Falkland Island businesses and organisations. Otherwise, The FK and GS domains are hardly prime internet real estate. Tuvalu, an island in the Pacific halfway between Hawaii and Australia, has a country code of TV, and the operators of its country code mainly sell domain names to TV companies, but there are no obvious comparable reasons why FK or GS would be valuable assets in their own right.

Many in the UK think 1982 settled the question of Falklands sovereignty once and for all, and that an island which clearly wanted to remain British was to have its wishes respected. However, Argentina still disputes this claim and maintains the islanders do not have the right to self-determination. It may interest readers to know that Rockhopper Exploration has recently reported finding substantial oil fields on the Falkland Islands' coasts? 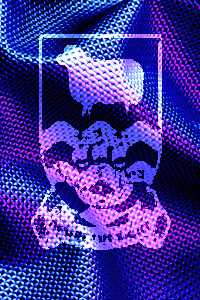