"Our records indicate you still have not claimed compensation for your accident. You may be entitled to Ł3650. To find out more reply CLAIM". If you have a mobile phone you've probably had messages like that, whether or not you've recently had an accident.

I find text spam such as the above example every bit as annoying as email spam and wrong on so many levels. The accident claim spam was sent to a number which was registered with the Telephone Preference Service as "Do not contact", and which has been given to only a handful of people, so the spam is sent using random dialling. SMS spamming has been an offence since 2003 carrying a fine of up to Ł500,000. This message also flouts various laws and the Companies Act by concealing the identity of the sender and probably breaks numerous trading and advertising regulations by making deceptive and unsustainable claims. It can, of course, also be confusing and distressing for people who happen to have recently suffered an accident and think this is a genuine message.

The Information Commissioner's Office (ICO) which is keen to stamp out text spam has recently conducted a survey of just over a thousand people to gather views on these messages. 681 said they felt concerned by receiving them and worried about how the sender had obtained their personal details, 205 said it was inconvenient, and 61 said it had caused them substantial distress or damage. For example, one respondent says that she received the text whilst in the presence of her manager at work, and he now believes she is pursuing a damages claim against the company for an accident she had.

However, despite the blatant dishonesty of the texts, 12 people said they found them helpful and that's the crux of the spam problem. 99% of the recipients want them to stop, but as long as 1% keep responding to spam, it keeps the spam industry viable.

Is it possible to stop these text messages once you are on the list? Some of them carry the instruction "To opt out of further messages, reply STOP", an exact mimic of the text used on those dodgy premium rate services you can choose to subscribe to. I've also heard this STOP suggestion given out as advice by the well-meaning but sadly misinformed resident computer experts on a variety of local radio programs who naively think spammers obey a code of conduct. Even the ICO's own website misleadingly says "You may also be able to try and opt out from further messages by texting STOP". Sending STOP just lets the spammers know they've found a human who reads his messages. One respondent to the ICO survey said he replied STOP to one of these messages and immediately began receiving four or five spam texts a day, and has been told that the only way to stop it is to change his phone number.

That last point does highlight that most people (including some phone company helpline staff) are unaware that the phone companies do not like text spam either, and they have had unified reporting structures in place for several years so that they can combat and block it.

Some seven million phone numbers are registered with the Telephone Preference Service (TPS) and it would be good if more companies were to check numbers against this data before making cold calls. Indeed, the TPS says this is a legal requirement. What you may not know is that the TPS does not make this list freely available even though it is nothing more than a plain text file of registered numbers that you download. Whilst it is free to register your number with TPS, the annual cost of obtaining TPS to check numbers before calling starts at Ł445+VAT, rising to Ł4,4000+VAT for the heaviest users. Little wonder that so few businesses want to consult it.

The Direct Marketing Association, which runs the TPS, also runs the Mailing Preference Service (MPS) where householders can register to opt out of postal mail. If you registered with MPS from 2007 onwards, you may not be aware that for reasons I cannot fathom, the registration expires after five years and you need to re-register if you wish to continue to opt out of the mailshots you never opted into in the first place. The first of those expirations will be coming up during 2012. You will not be sent any reminder by DMA that you need to do this, and whilst it takes up to four months for your opt-out to become effective, you will probably be opted back in to direct mail with lightning efficiency. 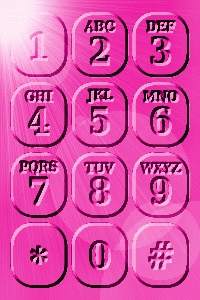