Buyer beware,... and sellers too

Cautionary tales about the perils of doing business over the internet are far from new. Sadly, in one case, it apparently led to PayPal ordering the destruction of an antique violin.

This story emerged when a seller named "Erica" contacted art site Regretsy.com to tell the tale of her antique French violin which had survived World War Two. She sold it on E-bay to a purchaser in Canada for $2500. The buyer used PayPal to make the payment. Prior to sale, the seller says she had the violin inspected by a top Luthier who authenticated its age. However, when the buyer received the violin, he decided that the label attached to the violin stating its authenticity was a forgery and contacted PayPal to obtain a refund. PayPal made the refund but also, it is claimed, ordered the destruction of the violin. The buyer complied and returned the evidence of destruction, (a photo showing the shattered remnants of the violin and its disputed label) to both PayPal and the buyer.

PayPal has defended its actions, saying "The reason why we reserve the option to ask the buyer to destroy the goods is that in many countries, including the USA, it is a criminal offence to mail counterfeit goods back to a seller". Indeed, the requirement to destroy counterfeit goods is also included in the small print of PayPal's terms and conditions. It is worrying though if PayPal made this instruction without any sort of independent authentication or court order. Meanwhile, Erica says she is out of pocket by $2,500 and a work of art has been lost forever.

Reports like this should remind us that the global marketplace brings global problems. If you buy or sell an expensive item to someone in another country and there is a problem with payment, your legal costs in making a claim against the other party could be prohibitively expensive. If you are transferring large sums of money, do you understand the small print provided by PayPal, and would you have better legal protection if you used regular bank transfer instead? We should also remember that the DIY auction on e-bay is not the only option for items of value and that traditional auction houses which offer a professional service still exist selling items large and small. If you have items to auction, check out the Auction Centre. It recently sold a copy of the 1967 Beatles flexidisk Christmas message for Ł600. 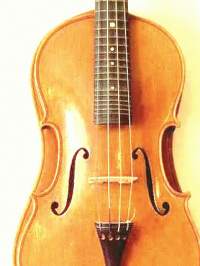