Getting your Snickers in a twist

Katie Price (aka Jordan) has 1.57 million followers on Twitter, and Rio Ferdinand, the Manchester United footballer, has 2.22 million followers. Both are in hot water with the Advertising Standards Authority.

At the end of January, Katie Price tweeted the completely out of character message "Large scale quantitative easing in 2012 could distort liquidity of govt bond market". A short time later she posted a follow up tweet in which she apologised, said "You're not you when you're hungry @snickersuk #hungry #spon", and attached a photo of herself eating a Snickers bar.

Likewise, Rio Ferdinand made a bizarre series of posts, first saying "Can't wait 2 get home from training and finish that cardigan", followed later by one which said "Cardy finished. Now 4 the matching mittens!!!" (and yes, he really did use four exclamation marks). This was followed up by the apology and a photo of him opening a Snickers bar. Similarly aberrant posts have been made by other minor celebrities including Ian Botham and X-Factor finalist Cher Lloyd.

The ASA is investigating to see if these tweets break the UK's strict advertising guidelines, and the problem is not that B-class celebrities are promoting products, but that it is being done in a way that didn't make it apparent this was an advert.

A spokesman for Snickers told Sky News that "a series of teaser tweets had been sent out to comply with social media regulations to ensure Twitter users knew they were enjoying promotional tweets". Enjoying? Yes, marketing men believe we should be grateful recipients of their advertising. The spokesman also said that the hash tag on the reveal tweet "made it clear enough that that tweet was a marketing communication". Did you realise #spon was supposed to be a disclosure that this was a "sponsored" tweet?

Celebrity tweeting of endorsements may be new in the UK but it is much more an accepted practice in the USA where the country's highest earning "reality" TV star, Kim Kardashian (13.37 million followers) reportedly earns up to $10,000 per sponsored tweet. That works out at about $750 per character, or 0.07 cents per spam, depending on your viewpoint.

The ASA itself cannot issue fines for breaking these advertising rules. However, it is backed by the Office of Fair Trading which can levy fines under the Consumer Protection Legislation. Heather Clayton, a senior director at the OFT spokesman said "The internet plays a key role in how people purchase products and services and the importance of online advertising continues to grow. The integrity of information published online is crucial so that people can make informed decisions on how to spend their money. We expect online advertising and marketing campaigns to be transparent so consumers can clearly tell when blogs, posts and microblogs have been published in return for payment or payment in kind. We expect this to include promotions for products and services as well as editorial content."

Fine words, but rarely do companies receive more than a slap on the wrist and are politely asked not to do it again. Even for the worst offenders, I understand the maximum fine for this particular transgression is Ł5,000 which chocolate bar makers would no doubt consider peanuts in return for the publicity such controversy generates.

Perhaps what I find saddest though is that "celebrities" who are already wealthy (Ferdinand, for example, earns Ł130,000 a week just from football) and are seen by many as role models, are happy to cash in on their fame and promote the idea that scoffing junk food makes you cooler and is good for the brain. And this to a nation where, in February 2012, 24% of UK children aged between 2 and 15 are obese. 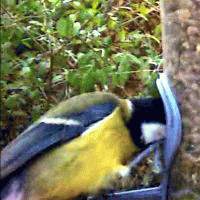