Tweeting about the big birds

Two Britons have been unceremoniously deported from America after authority figures once again showed they have a sense of humour failure.

Leigh Van Bryan (26) and Emily Bunting (24) were excitedly telling their mates that they were on their way to LA for a holiday they'd never forget. Leigh tweeted that they were off to destroy America and dig up Marilyn Monroe (which is a line from the US TV series Family Guy). When the pair arrived at Los Angeles Airport, they were questioned for five hours by the Department of Homeland Security about the "threatening nature" of their tweets, had their suitcases searched for a shovel, Emily was "body searched", they were detained overnight in cells and put on the next flight back to the UK the following morning.

Is that any way for a government agency to behave? Is the USA really that paranoid? Doesn't this sound like the tactics we associated with the oppressive surveillance society of the former Eastern bloc? And do they really think that the real terrorists would spill the beans over Twitter?

Unfortunately, its not just the US government which wants to censor our thoughts and communications. Thailand becomes the first country in the world to take up Twitter's censorship scheme in which Twitter will block tweets on a country by country basis in response to local judicial requests. Thailand has similar deals with Facebook and YouTube. Last year it asked for 10,000 Facebook accounts to be blocked because they were deemed insulting to the country's royal family. India has similarly asked Facebook to remove sites which were considered offensive to religious groups, whilst Brazil is threatening to levy daily fines against Twitter if it continues to publish tweets which disclose the locations of police check points.

Perhaps we will see similar moves from Pakistan where, last year, the Pakistan Telecoms Authority issued a list of about a thousand words and phrases which it deemed to be "too racy" and ordered mobile service providers to block any texts containing those words. As well as the obvious expletives that spring to mind, the list also included gentler words like butt and quickie, and some quite surprising ones like fondle and flatulence.

Lest you think that at least in Britain we have free speech, think again. UK politicians were quick to heap praise on Twitter twelve months ago and credit it for allowing revolutionaries to organise the Arab Spring protests, but quick to demand that governments needed control of Twitter and mobiles when it was used to organise riots in UK cities in August.

On February 6th, the Home Affairs Committee published a rambling report on the "Roots of radicalisation" and ominously one of its conclusions is that the unregulated space of the Internet is a significant vehicle for promoting radicalism, more so than universities or prisons. Another of its conclusions was that the government should rename its anti-terror programme. Currently it is known as the Prevent Programme, and the fine minds of the committee have come up with the Engage Programme. Well, that's sure to make a difference. 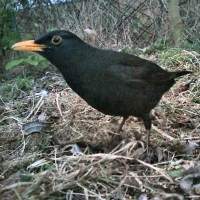