Tell me what I say

Have you seen the Apple adverts for Siri? It brings Star Trek levels of voice control to the iPhone. But does it do what the adverts claim?

Siri, the Speech Interpretation and Recognition Interface, claims to be an intelligent personal assistant and a "knowledge navigator". From the promotional videos it looks to have achieved fantastic levels of both voice recognition to understand the input, and a fantastic degree of artificial intelligence to be able to unravel free form speech and present you with an answer. If you haven't seen it already, check out this Apple video and the Apple advert:

It sounds too good to be true, but maybe it is. Frank Fazio of New York has filed a class action lawsuit against Apple claiming that it simply doesn't work as advertised, and that the advertisements are false and misleading. He complains that, for example, when he asks for directions to a place, it takes an awful long time to respond, and when it does, it gives him the wrong answer.

Even the news site "Cult of Mac" which is dedicated to all things Apple is critical, and quotes Apple co-founder Steve Wozniack as saying: "I used to ask Siri, 'What are the five biggest lakes in California?' and it would come back with the answer. Now it gives me real estate listings. I used to ask, 'What are the prime numbers greater than 87?' and it would answer. Now instead of getting prime numbers, I get listings for prime rib, or prime real estate. I'll be saying, over and over again in my car, 'Call the Lark Creek Steak House,' and I can't get it done."

In the UK, the Advertising Standards Authority (ASA) received a complaint about Siri. The UK version is unable to direct users to businesses, and cannot provide routes and traffic updates as the location-based functionality was (and possibly still is) limited to the USA. However, the ASA ruled in favour of Apple, saying that some people might have had prior knowledge of what Siri can do in the USA, had unrealistic expectations that this functionality would also be available in the UK, and did not read the disclaimer. Did you, when you watched the first video listed above, spot the pale grey text on a white background which briefly appears at the end of the promotion saying: "Some features may not be available in all languages or in all areas, and features may vary by area"? So Apple never claimed Siri would work fully in the UK, but then it did little to dispel the myth either.

It seems to me that computer product makers can take far more liberties in their adverts than other industries, and I am disappointed that the ASA doesn't do more to stop adverts which use phrases in the small print such as "unlimited subject to fair usage policy", "sequences shortened", "not actual game footage", and "some features may not be available". 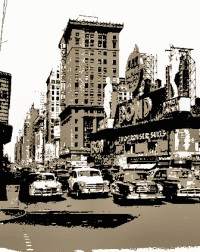