A report from the charity, AbilityNet, says that some of the UK's most popular price comparison websites are not sufficiently accessible and not compliant with Equality Act (EQA).

AbilityNet reviewed comparethemarket.com, gocompare.com, mysupermarket.co.uk and confused.com and judged them all to be "not legal" from an accessibility viewpoint whilst a fifth website, kelkoo.co.uk, satisfied only some of the legal requirements of the Equality Act. It said it had found problems such as "keyboard trap" pages that only work properly with a mouse and thus prevent keyboard-only users or those using screen readers from navigating away from those pages. It also reported issues such as flash-based content which would not work with accessibility aids, insufficient contrast between colours resulting in poor legibility, inappropriate alt texts on images and even text which is presented only as a graphic and thus wholly inaccessible to screen readers.

Even if it wasn't a legal requirement, accessibility should still be a concern to website operators. In Britain today it is estimated that there are around 11.8 million people with a registered disability, which includes 1.6 million who are registered blind, 1.5 million with cognitive disabilities, and many more with afflictions such as dyslexia and dyspraxia. Disabled people often have less disposable income and less opportunity to shop on the high street so online shopping and access to price comparison websites should be helping them overcome those barriers. Yet research shows again and again that the needs of the disabled members of society are being ignored.

Perhaps the most compelling argument in favour of accessibility is that sites which are designed to be accessible are actually easier to use for everyone. 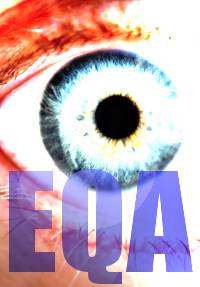